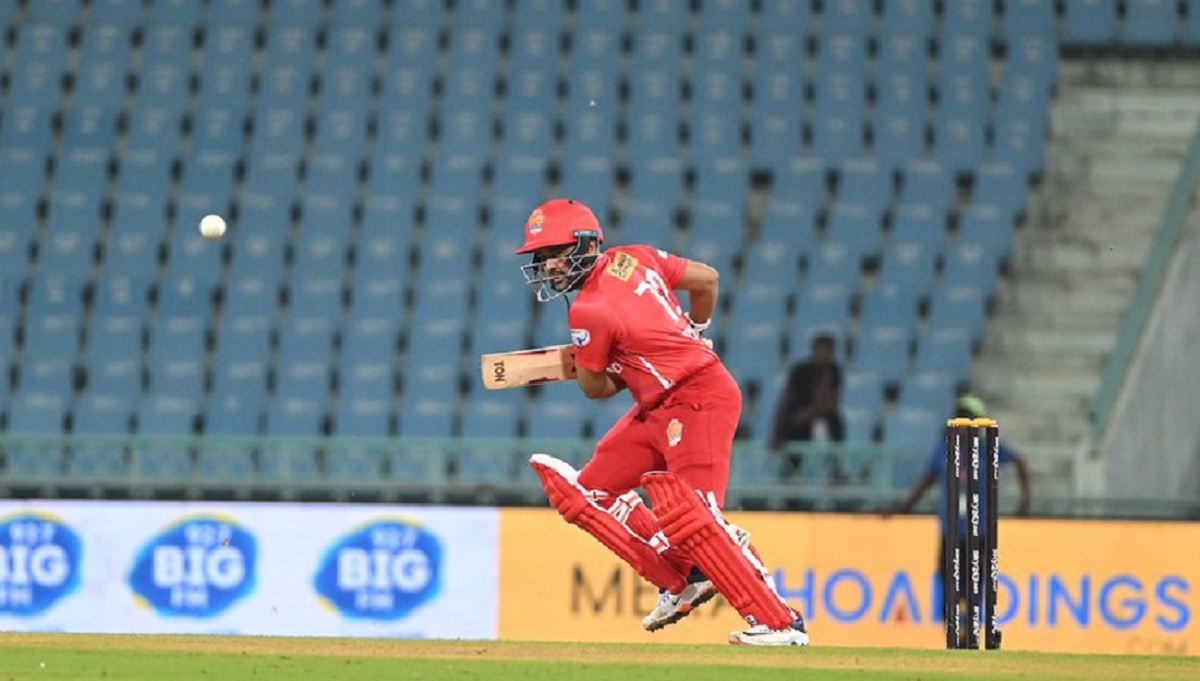 Parthiv Patel proved he still retains his reputation of being a pocket-sized powerhouse as he smashed a 17-ball 34 on Monday to help the Virender Sehwag-led Gujarat Giants clinch a two-wicket win against Harbhajan Singh's Manipal Tigers in the fourth match of the Legends League Cricket (LLC).

The Giants have won two-out-of-two matches and occupy the top spot on the points table.

Chasing Manipal Tigers' 120/8, Parthiv's blitzkrieg, which included six boundaries and a six, helped the Giants finish off the match with 16 balls to spare, but they lost eight wickets in the chase, giving Sehwag some anxious moments.

On a challenging pitch at the Ekana Stadium here, the former India wicketkeeper-batter, who boasts a T20 strike rate of 123.84, changed the complexion of the match after the Giants struggled at the start.

Former Zimbabwe pacer Chris Mpofu dismissed Sehwag and Tillakaratne Dilshan in the second over of the Giants' chase. But Parthiv took the attack to the opposition camp by hitting three consecutive boundaries in the third over, bowled by English pace bowler Ryan Sidebottom.

Parthiv followed that up with a six and three more fours in the next over, bowled by Mpofu. The left-handed batter was finally out for 34, but by then he had made the Tigers bowlers shaky. The Tigers tried to claw their way back late in the match with Harbhajan (2/23) and Muttiah Muralitharan (2/10) picking up four wickets between them.

The Giants were pegged back, but Graeme Swann hit two fours in the 17th over to release the pressure. The Giants finally won in 17.2 overs when Murali bowled a wide.