New Delhi, Jan 15:  Australia's prolific opening pair of Aaron Finch and David Warner followed up the good work that their side did in the field in their first ODI against India at the Wankhede Stadium with an unbeaten 258-run stand to help their side to a 10-wicket win. It was the first time since November 25, 2005 that a team managed to beat India in India in an ODI match without losing a single wicket. 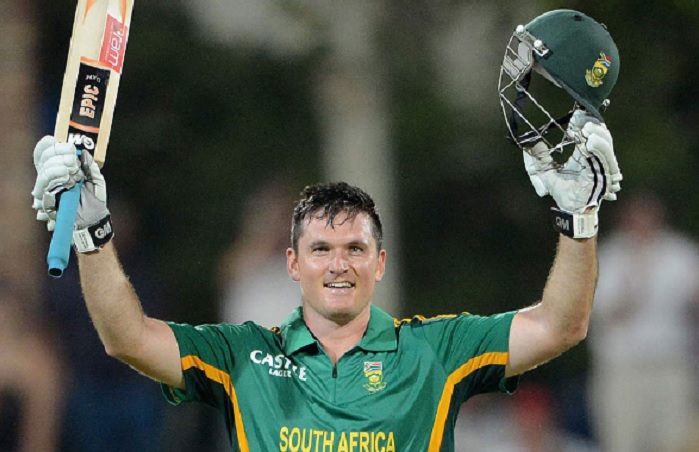 South Africa were the opponents that benefited from the off day India had at the time and unlike Wednesday, when both the Australian openers scored a century, it was one batsman who did most of the heavy lifting.

It was the fourth of the five-match series which was level at 1-1 and took place at the iconic Eden Gardens in Kolkata. India had won the previous match by a healthy margin with the bowlers led by Irfan Pathan and Harbhajan Singh restricting South Africa to 169/9 and Virender Sehwag later leading them to a six-wicket win.

In Kolkata, South Africa returned the favour -- Shaun Pollock and Andrew Hall led the effort with three wickets each as India were all out for a paltry 188, most of which came from a 88-run stand for the sixth wicket between Yuvraj Singh and Mohammad Kaif.

Proteas skipper Graeme Smith and Andrew Hall opened the batting for South Africa and immediately went about destroying any faint hope India may have had. Smith was especially destructive and ended up scoring 134 off 124 balls while Hall ended his innings two runs short of a fifty. Smith's innings consisted of just one six but he also smashed a whopping 20 fours.

The result came during the contentious reign of Greg Chappell as India's head coach and he had reportedly made an obscene gesture towards the crowd before the match, which the Australian denied vehemently according to ESPNCricinfo.