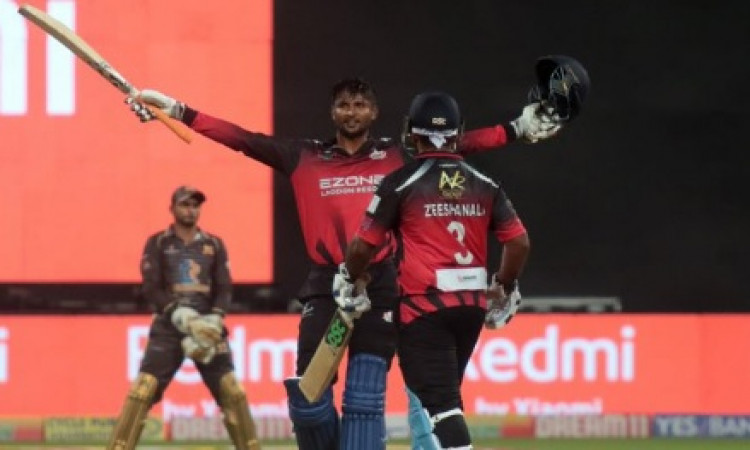 Bengaluru, Aug 24. Krishnappa Gowtham has shown everyone what an all-round show means. Playing for Bellary Tuskers, the all-rounder on Friday smashed the fastest hundred in Karnataka Premier League (KPL) off just 39 balls before returning to pick up 8 wickets for just 15 runs to demolish Shivamogga Lions.

Gowtham hit an unbeaten 134 off 56 deliveries with the help of 13 sixes, completing his century in just 39 balls.

Also Read: I was trying to give my best: Ravindra Jadeja

Gowtham also went on to register a dream bowling figure, picking up 8/15 in his 4 overs, leading his side to a 70-run victory.

Speaking after the match, he said: "I don't think I expected this, nor did anyone else out here. Thanks to everyone who turned up and supported us."

Gowtham's bowling performance could have been the best bowling figure ever in T20 cricket, but KPL matches aren't officially recognised.