Gilchrist tribute to Dhoni: 'He did it with style, flamboyance and above all else, calmness'

"Always a pleasure to play against you @mahi7781 You did it with style, flamboyance and above all else, calmness. Your own way. The Dhoni way. Congrats on all you achieved," said Gilchrist in his own Instagram post with a pic of the pair in the Indian Premier League. Gilchrist can be seen wearing the jersey of the Deccan Chargers while Dhoni is in the yellow of Chennai Super Kings.

Gilchrist is one among the host of tributes that have flown for Dhoni since he made the announcement. "Thanks a lot for ur love and support throughout, from 1929 hrs consider me as Retired (sic)," said Dhoni in his caption to a simple video montage with images of various highs and lows of his nearly 15-year career playing for India. His last appearance for the Indian team came in the World Cup semi-final in July last year.

Considered one of the most successful captains of all time in international cricket, Dhoni led the Indian team to victory in the 2007 World T20, which was also his first assignment as skipper of the team in any format, the 2011 World Cup and the 2013 Champions Trophy.

As Test captain, he also led the team to the numero uno spot in the ICC rankings for the first time ever in 2009. He is also the only captain to win all three ICC trophies. He has also led India to victories in the Asia Cup in 2010 and 2016. 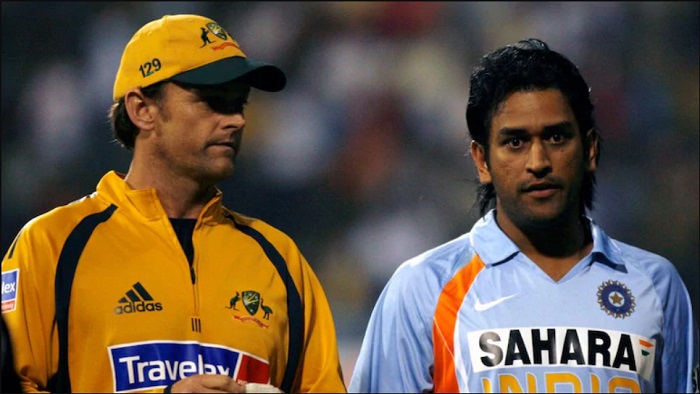 
Dhoni was so good with the ball at his feet, says Jeje