Getting Past 200 Was A Great Effort: Rohit Sharma

Mumbai Indians (MI) became the first team this season to restrict their opposition to a total below 200 at the Sharjah Cricket Stadium in their 34-run win against SunRisers Hyderabad (SRH) on Sunday. MI captain Rohit Sharma opined that the wicket was on the slower side because of which his side scoring 208/5 was a commendable effort. 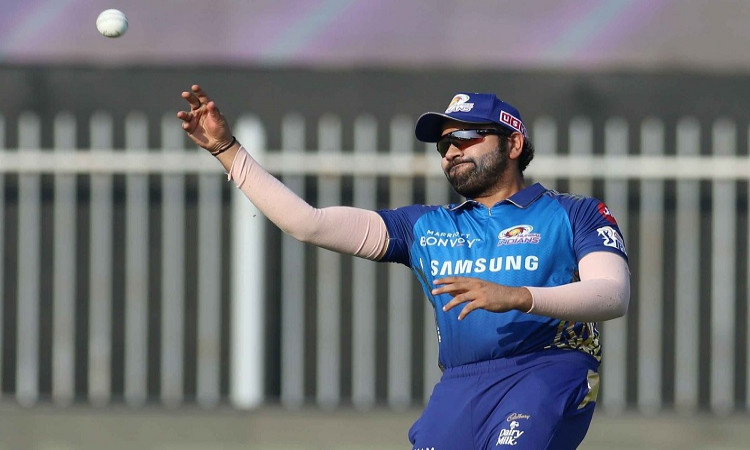 "The wicket looked good but it was slightly on the slower side. Getting past 200 was a great effort," said Rohit at the post-match presentation ceremony. "We didn't have any sort of score in our mind on how much to get. Like I said at the toss it is important to play good cricket and we back our bowlers to come and do the job. To win by 34 runs on this ground is a great effort."

Krunal Pandya's four-ball 20, coupled with some power-hitting from Kieron Pollard and Hardik Pandya in the death overs helped MI cross 200. Rohit said that having to decide which of the three players come first in the lineup is a good headache to have.

"It (deciding who should go to bat between Pollard and Pandya brothers) depends on the game, how the matchups are from the opposition which spinners are bowling and things like that. It's a great headache to have three power hitters towards the end but being in form is the most important thing.

"Krunal hasn't batted much in the tournament but today he proved what a great opportunity it was, 20 runs off four balls and I thought towards the end it was important to get past 200," he said.

It was the efforts from Jasprit Bumrah and Trent Boult that made the difference in the end for MI. Boult's figures of 2/28 led to him being declared player of the match. One of the two wickets he took was that of his New Zealand captain Kane Williamson.

"I don't actually get him (Williamson) out too much in the nets. It was a good feeling to get him out tonight, but more important to get the win and keep moving on in the tournament," said Boult. "Good effort by the boys to get 200 on the board and then we had something to bowl to."