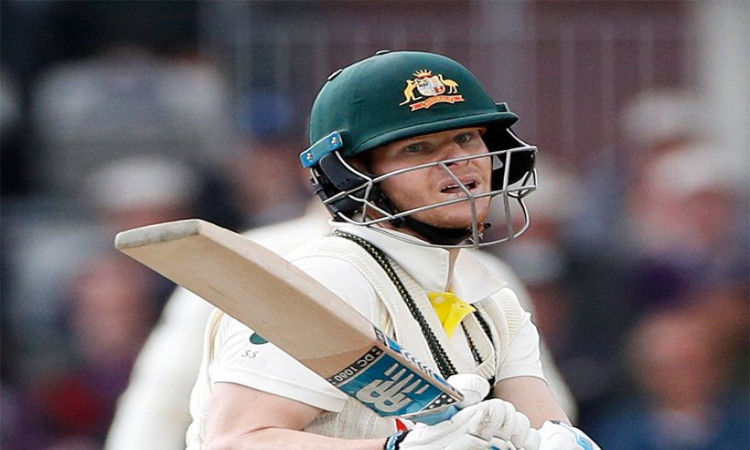 Manchester, Sep 7: Hailing him as a genius, former Australia captain and batting great Ricky Ponting on Friday said Steve Smith can only be dismissed if he is bowled around the corridor of uncertainty, outside the off stump.

On Thursday, Smith -- who had to miss the third Ashes Test due to concussion -- played an incredible knock of 211 to help Australia post a mammoth first inning total of 497/8 and take the driver's seat at the Old Trafford.

Smith re-wrote the history books with his 26th Test century and third Ashes double hundred as he batted for 513 minutes, and hit 24 fours and two sixes.

"You hear all sorts of words, 'genius' is one that comes to mind," Ponting told cricket.com.au.

"A remarkable innings again. It's his application to what he does. He just doesn't make any mistakes. His concentration levels are obviously unbelievably good," said the World Cup winning skipper.

Asked how he can be dismissed, Ponting said: "He's only been out nine times lbw in his last 99 innings, so you know if you're bowling straight you're not going to get him out," he said.

"The one thing you have to do is try and challenge the outside of his bat. He doesn't miss it on the inside."

World's No. 1 batsman Smith is being compared to legendary countryman Sir Donald Bradman, regarded as the best batsman to have played the game.

"Even what Smithy is doing now is remarkable, to think how good Bradman must have been to be a third again better than what Steve Smith's doing at the moment is ridiculous," Ponting said.