Gayle opts out of India series to "reflect" on future 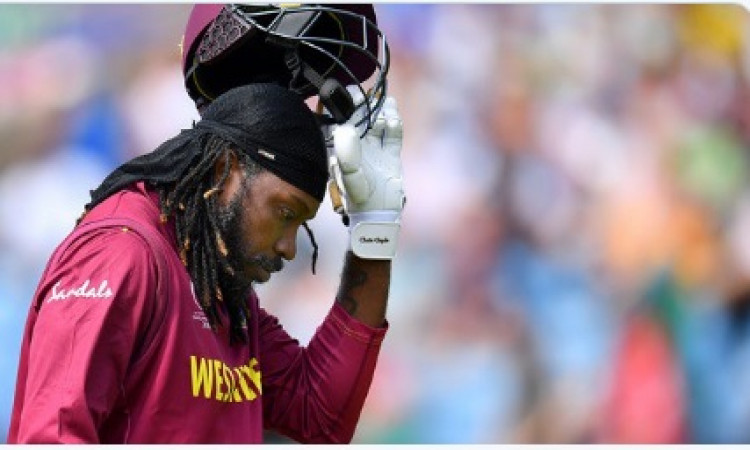 Barbados, Nov 27 Veteran opener Chris Gayle will not be part of the West Indies team for the India tour as he has opted out to take a break from cricket for the rest of 2019, and will use the time to "reflect" on his future in international cricket.

West Indies will take on India in three T20Is and three one dayers between December 6-22.

Gayle, who most recently pulled out of the 2019 Mzansi Super League where he plays for Jozi Stars, has been out of international cricket since the home series against India in August. Now, he has announced that he will take no part in the upcoming tour of the country, which includes three T20Is and as many ODIs, next month.

"West Indies called me to play ODIs, but I am not going to play," Gayle was quoted as saying by ICC recently.

"They (selectors) want me to play with the youngsters, but for this year I am going to take a break.

"I'm going to recharge my batteries and think ahead in life, and try and plan it better and keep the people who are more real around you. There's a lot of things I am going to analyse. You never stop learning. Doesn't matter how long I have been playing. There's a lot of things for me to give back. 2020 is just around the corner. I will use now and next month to reflect on what I really want for 2020."

Gayle had a great start to the year, aggregating 424 runs from four innings in the home ODIs against England, but couldn't maintain that form thereafter. He finished with 242 runs from eight innings at the ICC Men's Cricket World Cup 2019, before managing scores of 4 and 11 in the first two ODIs against India, the second of which saw him surpass Brain Lara's tally of 10,405 runs to become the leading run-scorer for West Indies in the format. He followed up that milestone with a stroke-filled 72 off just 41 balls in the third ODI.

The 40-year-old had walked into the game with a special '301' carved into his jersey, to mark the number of ODIs he's played in - the most for any West Indies cricketer. He walked off to an ovation from the opposition and the crowd, which suggested that it could be his last international appearance. Gayle, however, dismissed retirement claims.

"I didn't announce any retirement," he said in a short video posted by Cricket West Indies, insisting that he would be around "until further notice"