Batting legend Sunil Gavaskar has called for transparency regarding Rohit Sharma's fitness after the star opener, who has not been named in any of the three Indian squads for the Australia tour, was pictured training with his Indian Premier League (IPL) franchise Mumbai Indians(MI). 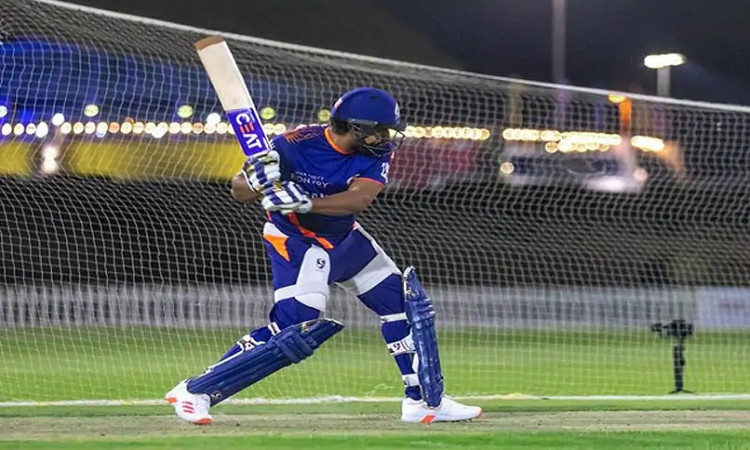 On Monday evening, BCCI named the Indian squads for three T20Is, three ODIs, and four Tests against Australia in which it left out Rohit who has missed the last two IPL matches due to a hamstring injury.

"The BCCI medical team will continue to monitor the progress of Rohit Sharma and Ishant Sharma," a media release from BCCI quoted Secretary Jay Shah as saying.

However, soon after the announcement, Mumbai Indians tweeted pictures and a video showing the 32-year-old taking part in a net session.

"I didn't see what was shown something about him practicing in the nets for Mumbai Indians. So I don't know what his injury is. If his injury was serious, he won't even be padded up. So we're talking about a tour which is starting in December, the Test matches start around December 17 which is a month and a half away," Gavaskar told Star Sports after the conclusion of Kings XI Punjab-Kolkata Knight Riders match.

"If he is practicing in the nets for Mumbai Indians, honestly I don't know what kind of injury it is. I think a little bit of transparency and a little bit of openness about what actually is the problem with him will help everybody. The Indian cricket fan deserves to know more than anything else," he added.

The former Indian captain also referred to another opener Mayank Agarwal, who has not played for Kings XI in the last two matches but has been named in all the three squads for the Australia tour.

"But we are talking about the Indian team. Even Mayank Agarwal has not played. Indian cricket fans, they ought to know, what is happening with two of their key players," he added.

The squad for the Australia tour will depart from the UAE immediately after the IPL which is slated to end on November 10.