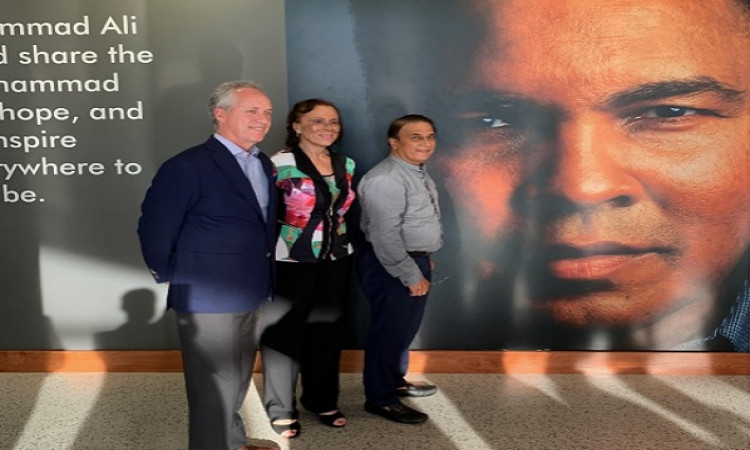 Louisville, Sep 13 Legendary Indian cricketer Sunil Gavaskar on his visit to Muhammad Ali's hometown in Kentucky met with Lonnie Ali, wife of the boxing great and Louisville Mayor Greg Fischer to discuss opening up of a cricket museum at the prestigious Muhammad Ali Center in downtown Louisville.

Gavaskar has agreed to donate some of his memorabilia to the proposed cricket museum.

Fischer and Louisville Sports Commission Board Member, Jai Bokey's vision of making Louisville, a cricket destination in the US is all set to take shape.

'Sunil Gavaskar Cricket Field' in Louisville, which is the home-ground for Louisville Cricket Club and a proposed cricket museum with Gavaskar memorabilia, can now fully justify calling Louisville, Kentucky as Gavaskar's second hometown.