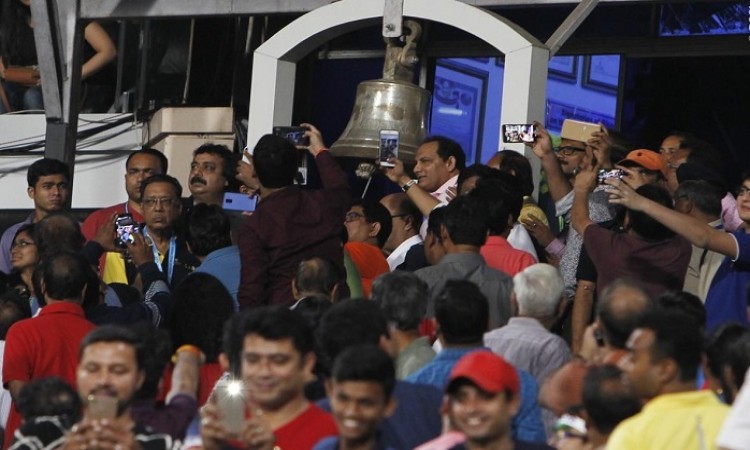 New Delhi, Nov 6(CRICKETNMORE):  Gautam Gambhir on Monday slammed the BCCI, Committee of Administrators (CoA) and the Cricket Association of Bengal (CAB) for allowing former India captain Mohammad Azharuddin to ring the bell at the start of the first T20I between India and West Indies in Kolkata on Sunday.

Gambhir, 37, took to Twitter and said that even though the Indian team came out victorious in the game against West Indies, the BCCI, CoA and CAB had lost after giving Azhar the opportunity to ring the bell.

"India may have won today at Eden but I am sorry @bcci, CoA &CAB lost. Looks like the No Tolerance Policy against Corrupt takes a leave on Sundays! I know he was allowed to contest HCA polls but then this is shocking....The bell is ringing, hope the powers that be are listening," the left-handed batsman tweeted.

However, CAB officials refused to comment on Gambhir's view.

Azharuddin had been accused of match-fixing in the early 2000s. The Hyderabad batsman featured in 99 Test matches and 334 ODIs for India before the BCCI banned him over the match-fixing scandal.

From his debut hundred in 1984-85 at Kolkata to a match-saving hundred in 1993, Azhar and Eden Gardens have a connection.

The ringing of the five-minute bell, introduced at Lord's, is a ritual started in 2007. An international cricketer or administrator or a well known enthusiast of the sport is tasked to perform the act.