Gautam Gambhir is a former Indian cricketer and one of the best openers to ever play for Team India. He was a southpaw who has played several tremendous knocks for India. He also played a crucial inning in the 2011 World Cup Final and was India's unsung hero. 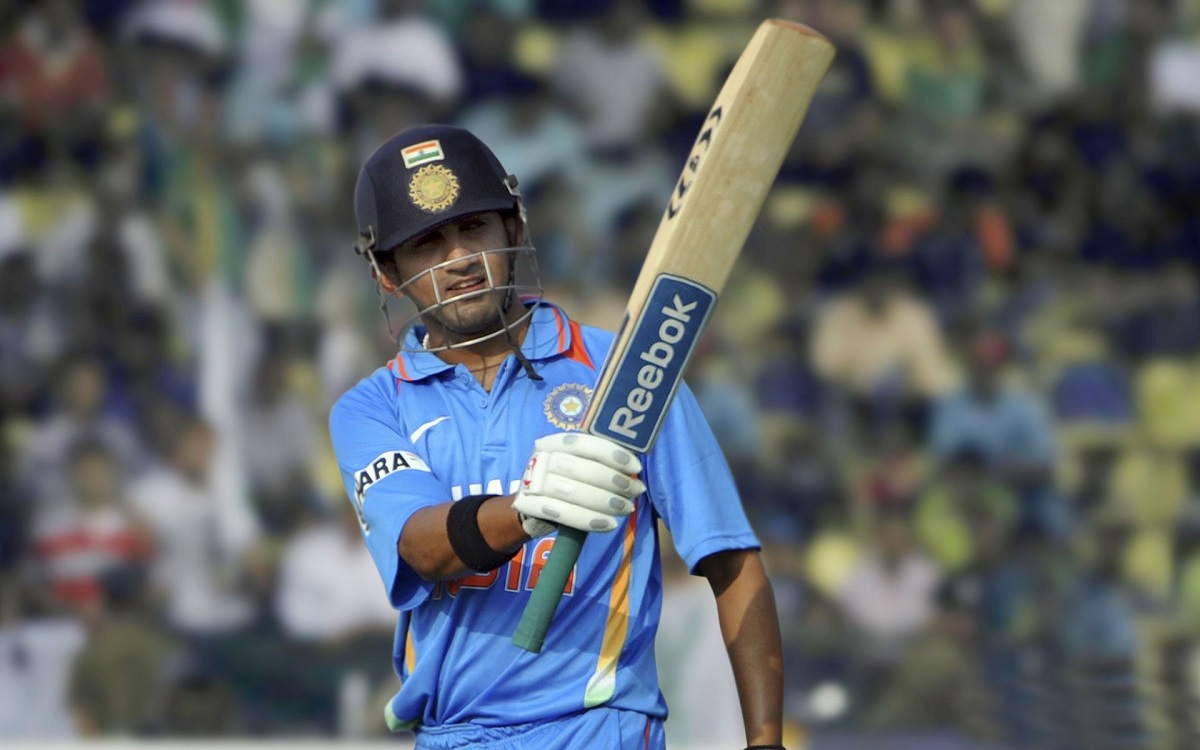 Gautam Gambhir retired from all forms of cricket in 2018. On 14th October, Gautam Gambhir celebrates his 40th birthday. Here's a look at his top 5 performances with the bat for India over the years.

In Gautam Gambhir's 7th One Day International outing, Sri Lanka won the toss and elected to bat first. Lanka scored 315/6 in 50 overs. However, Gautam Gambhir, batting at #3, smashed an unbeaten 150 off 137 balls. With Virat Kohli (107), Gambhir raced his team to the finish within 48.1 overs.

After this match, Gambhir was adjudged the man of the match but he delegated it to Virat Kohli, who smashed his debut century in this match.

This was Gautam Gambhir's last century in his career. In this match, Sri Lanka batted first and scored a total of 287/5. India's chase began with early wickets at one end but Gambhir kept his nerves at the other hand and smashed 10 boundaries.

This was Gambhir's 11th century. Even though he got run out in the end, but till then he had already paved the way for an Indian victory. However, Suresh Raina got the man of the match award and Gambhir again, was the unacknowledged hero.

Gambhir opened the innings for India in this test match, and India while batting first scored a massive total of 613/7. This was done because of Gambhir, who played for 550 minutes and faced 380 balls.

In reply, Australia scored 577 runs in the first innings. This double century innings by Gambhir was responsible for India's impeccable performance throughout the match.

In the final of the inaugural T20 World Cup in 2007, India met their arch-rivals Pakistan in the final. Gambhir opened the innings with Yusuf Pathan as India was batting first. Pathan was dismissed early and here again, Gambhir held one end and smashed 75 runs off 54 deliveries with 8 boundaries and 2 sixes.

With the help of this innings, India was able to set a target of 157 against Pakistan, which in the end proved to be a winning total as India lifted the World Cup. Once again, Irfan Pathan was adjudged the man of the match and Gambhir as always, remained an 'unsung' hero.

Gautam Gambhir's career's best innings came in the final of the 2011 World Cup at Wankhede. India was chasing a target of 276 against Sri Lanka in the finals. India lost their ace openers - Virender Sehwag & Sachin Tendulkar were dismissed inside of the first 6 overs and half of the country thought India won't win this match.

But Gautam Gambhir, a consistent performer in big matches, held the crease and faced the bowlers sensibly, saving India from a potential collapse and possibly potential defeat. Gambhir scored 97 off 122 balls with 9 boundaries. India lifted their 2nd World Cup title after 28 years.

In this match, Indian skip MS Dhoni was adjudged the man of the match and Gautam Gambhir was yet again was unacclaimed.