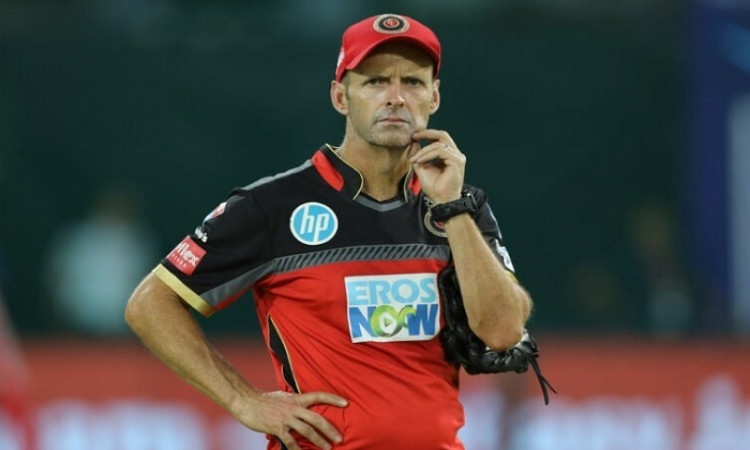 New Delhi, Dec 9: With Cricket South Africa (CSA) looking down the barrel, former opener and coach Gary Kirsten could return to help the team in a mentor's role for the series against England.

According to a report in ESPNCricinfo, Kirsten said that he was always willing to help the national team. "I would always be willing to help where people think I can add value. It would, however, have be part of a bigger process to the commitment to rebuild a solid system," Kirsten said.
The dark clouds are all over CSA at present, but the suspension of chief executive Thabang Moroe also has a silver lining as this could mean the speeding up of former South Africa skipper Graeme Smith's appointment as Director of Cricket.

South Africa's title sponsors Standard Bank on Friday announced the end of their partnership once the current deal ends next year on April 30. As per a report in Cricbuzz, the letter from CSA said Moroe had been "put ... on precautionary suspension with pay, effective 06 December 2019, on allegations of misconduct, pending further investigations".

CSA president Chris Nenzani is expected to meet with former International Cricket Council chief executive Dave Richardson to discuss the ongoing struggle within the board as well as appoint an acting chief executive in Moroe's absence.

The South African Cricketers' Association (SACA) though has confirmed that a strike is the last option and the players will be in action against England. "Extremely poor leadership, both at operational level and at board level, is what has got cricket into this disastrous position," Tony Irish, SACA's chief executive, was quoted as saying.

"It is abundantly clear that there is no confidence, from any quarter amongst cricket stakeholders, in the CSA board. No-one on the board can say that he, or she, was unaware of what has been unfolding over at least the last year. It has all been happening, in many respects even publicly, under the board's very nose, and in some instances with board support.

"We have consistently flagged CSA's financial position as being an area of real concern. Everyone in cricket, including the players, is dependent on the ongoing health and financial sustainability of CSA. Accurate forecasts over a financial cycle are critical as one has to understand how big the financial problem actually is in order to find a solution to it. We have also just seen the resignation from the board of CSA of the chairman of its finance committee and its audit and risk committee [Mohamed Iqbal Khan] citing amongst other things financial irregularities relating to credit card use. [On Wednesday] more CSA employees were suspended, including the former acting chief financial officer [Ziyanda Nkuta]."