Game Wouldn't Have Come This Close If One Opener Had Continued To Bat: CSK's Gaikwad

Chennai Super Kings opening batter, Ruturaj Gaikwad, who has emerged as Mr. Dependable for the three-time IPL champions, said that skipper Mahendra Singh Dhoni's cool demeanour was the reason the side, despite playing under tremendous pressure against Kolkata Knight Riders on Sunday, won the thrilling contest by two wickets. 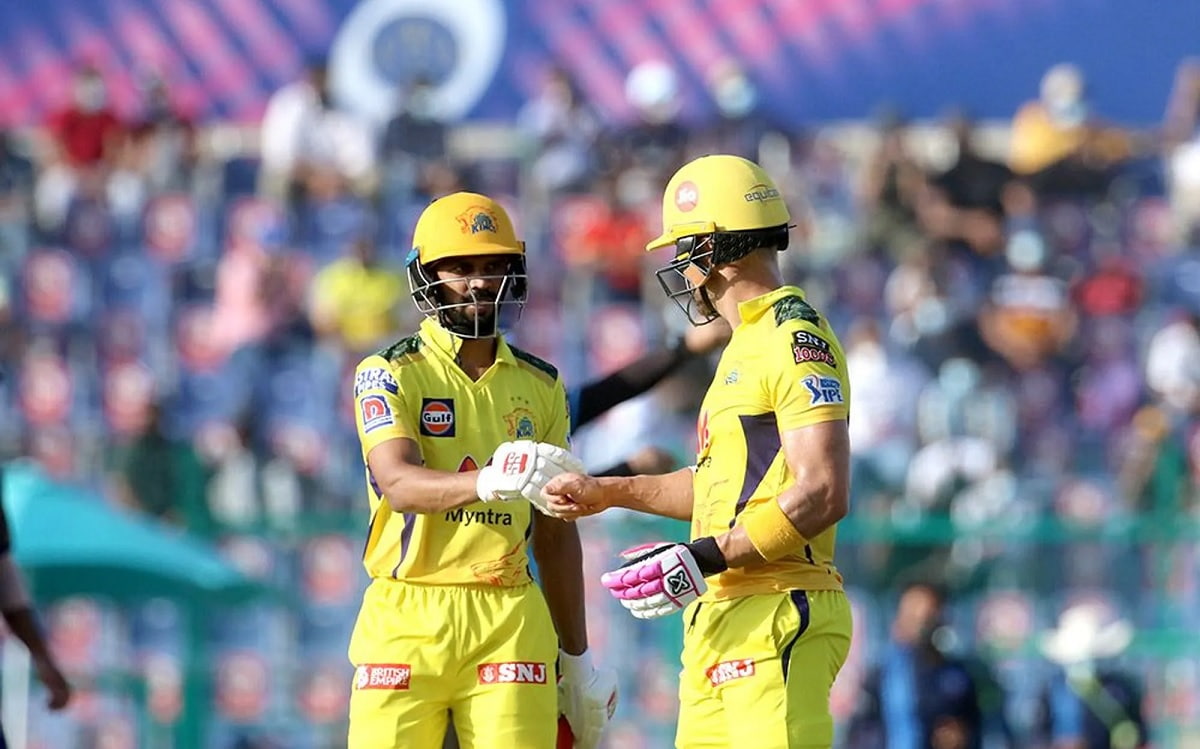 Gaikward himself has batted with patience in all the three CSK matches so far in the UAE, and on Sunday scored a crucial 40 runs off 28 deliveries and shared a key partnership with South Africa's Faf du Plessis (43) to play a big hand in his team's victory.

Gaikwad, however, said that the opening pair (him and Faf) should have batted till the 13th over, which would have averted a panic situation in the last couple of overs of the match.

"When you are chasing a big total, the opening stand is crucial. We managed to do it today. (It) would have been better if one of us batted till the 13th over. The game wouldn't have come this closer," said Gaikwad, who had scored an unbeaten 88 against Mumbai Indians in the team's opening match against Mumbai Indians here and then smashed 38 off 26 deliveries in his side's six-wicket win over RCB.

Saying that the team had several experienced players to handle pressure situations, Gaikwad added, "Dhoni is very cool. Everyone sitting in the dugout is used to the pressure in their international careers too. So, I think they are really cool and back themselves to cross the line."

Dhoni said after the match that, "It's a very nice victory to have. What we've seen in cricket is at times you play good cricket and lose a game, while at times you don't really play well but still if you win the game -- it's slightly more enjoyable for the simple reason that you'll still address the mistakes that were made. But going back one and a half hours to Dubai you'll be in a better mood. So it was a terrific game at the end of the day. It was good cricket from both the sides and it was a pleasure for the spectators."