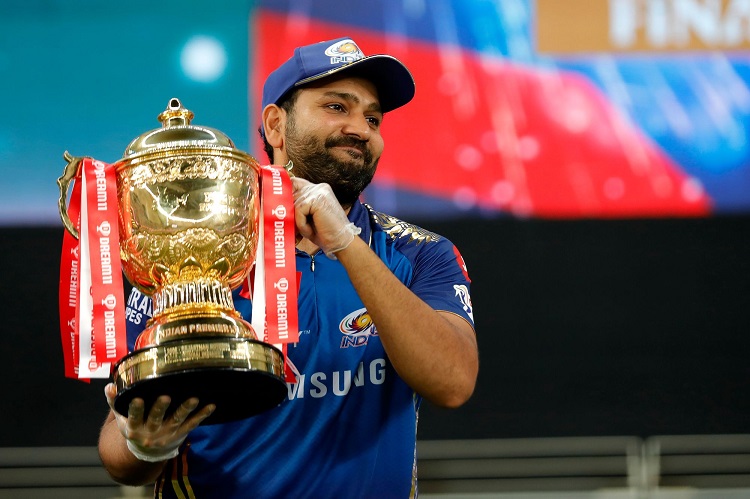 Rohit on Tuesday led Mumbai Indians to their fifth Indian Premier League (IPL) title after they defeated Delhi Capitals by five wickets in the summit clash.

"If Rohit Sharma doesn't become India's captain, it's their loss, not Rohit's," Gambhir was quoted as saying by ESPNcricinfo. "Yes, a captain is only as good as his team and I completely agree with that, but what are the parameters to judge a captain on who is good and who isn't? The parameters and benchmark should be the same. Rohit has led his team to five IPL titles," he added.

The cricketer-turned-politician had earlier said that Royal Challengers Bangalore(RCB), who made exit from IPL 2020 in the playoffs, should remove Virat Kohli as skipper and appoint someone else.

"We keep saying MS Dhoni is India's most successful captain. Why? Because he has won two World Cups and three IPLs," Gambhir said.

"Rohit has won five IPL titles. He is the most successful captain in the history of the tournament. Going forward, it'll be a shame if he doesn't get India's white-ball or just T20 captaincy because he can't do much more than this. He can only help the team he captains to victories. So if he doesn't become India's regular white-ball captain, it will be their loss," he added.

Former England captain Michael Vaughan also said that Rohit is a fantastic man-manager and leader and should lead India in T20Is.

"Without question, Rohit Sharma should be the India T20 captain...fantastic man-manager & leader...& he knows exactly how to win T20 games. It would also give Virat a chance to take a breather and just be the player...it works for all other teams around the world," Vaughan said in a tweet.