Gabba Test: Pacers shine as Australia bowl out Pakistan for 240 on Day 1 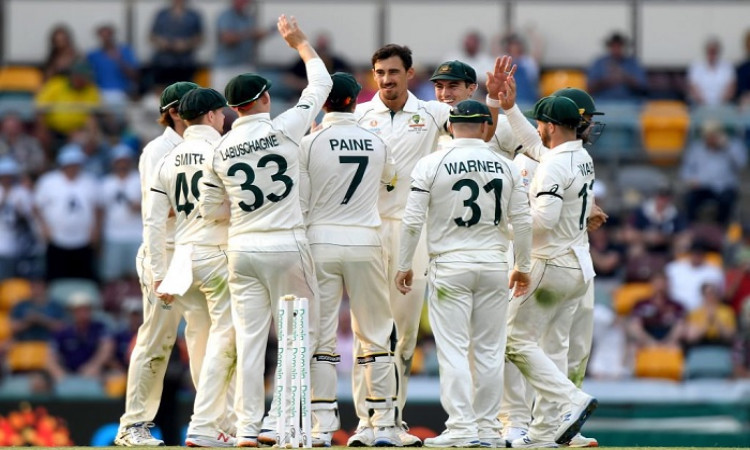 Brisbane, Nov 21: Australian pacers, especially Mitchell Starc, wreaked havoc on the Pakistan batsmen as they bowled out the visitors for 240 on Day 1 of the first Test at The Gabba on Thursday.

None of the Pakistani batters could stay long at the crease apart from Asad Shafiq who top scored with 76.

Earlier, the Men in Green elected to bat after winning the toss. Skipper Azhar Ali (27) and Shan Masood (39) set the platform with a 75-run opening stand, but quick strikes after lunch left them reeling at 78/4.

Wicketkeeper-batsman Mohammad Rizwan counterattacked his way to 37 and started to get Pakistan back in the game, but his controversial dismissal dented them further.

However, Shafiq and Yasir Shah then stitched a crucial partnership of 84 runs for the seventh wicket in which the latter contributed with 26. They were also helped by the hosts that wanted to make up for the over-rate rather than go for the kill.

However, the second new ball did the trick as they picked up the last four wickets for 13 runs and bowled out Pakistan for 240, before the umpires called the end of the day's play.