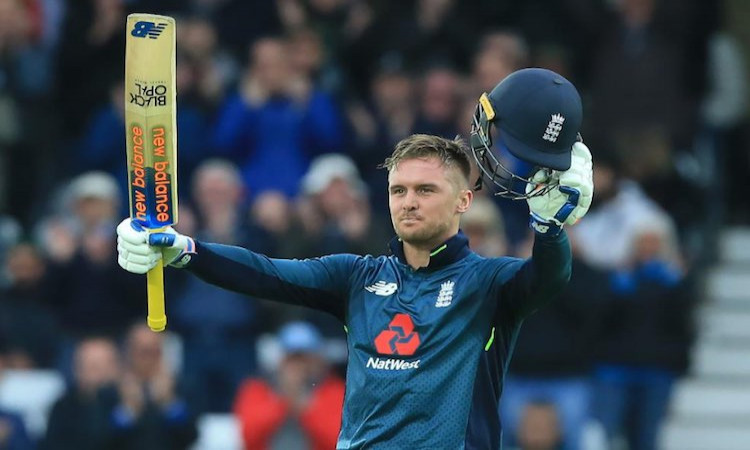 London, May 18 (CRICKETNMORE) England opener Jason Roy's ninth ODI hundred was an "emotional" one as he notched it up under tough circumstances, staying up all night to attend to his sick daughter.

Roy, 28, struck a belligerent 114 on Friday to set the platform for England's successful chase of Pakistan's 340/7.

But what made the knock all the more challenging was the fact that Roy's daughter Everly, who was born in March this year, fell ill and the England batsman was at the hospital with wife Elle all night on the eve of the game.

"I had a bit of a rough morning so this one is a special one for me and my family," revealed Roy. "It was my little one. We had to take her to hospital at 01:30 in the morning. I stayed there until 08:30 and came back for a couple of hours sleep and got to the ground just before warm-up and cracked on. It was a very emotional hundred."

There were no signs of fatigue when Roy took the field as he saved six runs at the long off boundary with an acrobatic effort off Mohammed Hafeez, to then plunder 11 fours and four sixes from 89 balls.

"I'm not in the form of my life. It was not my most fluent of innings but was it was an extremely special feeling get over three figures? I didn't see it coming," Roy admitted.

After Roy got out, England suffered a minor collapse before an unbeaten 71 from Ben Stokes helped the hosts win with three balls and three wickets to spare, for an insurmountable 3-0 series lead. The final ODI takes place in Leeds on Sunday.