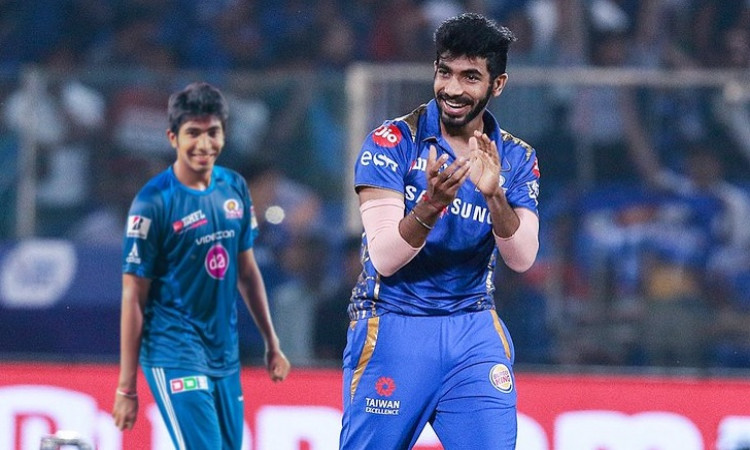 New Delhi, Dec 6: The comments made by former Pakistan all-rounder Abdul Razzaq for Jasprit Bumrah wherein he termed the Indian pacer as a "baby bowler" created quite a stir on social media.

On Friday, Indian Premier League franchise Mumbai Indians took a cheeky dig at the former Pakistan all-rounder and wished the Indian and MI pacer in a unique way. "From a 'baby bowler' to a world-beater," tweeted MI while wishing Bumrah on his 26th birthday.

Bumrah is currently the No. 1 ranked bowler in ODIs. Recovering from an injury that has kept him out of the game for some time, Bumrah is working on his strength and fitness under Delhi Capitals trainer Rajnikanth Sivagnanam.

The lanky pacer missed the series against South Africa and Bangladesh due to a stress fracture, went through an assessment post the Diwali break which revealed that his recovery is on track and he is likely to be available for the New Zealand tour.

Razzaq in his interview to a Pakistani portal had said: "After having faced world-class bowlers in my time, I would have had no problem against a bowler like Bumrah. Pressure would have been on him. I have played against great bowlers like Glenn McGrath and Wasim Akram, so Bumrah is a baby bowler in front of me and I could have easily dominated and attacked him."

Following this, netizens, including some of former Indian cricketers, mercilessly trolled Razzaq for his comments.