Melbourne, April 9:  Australia batsman Marnus Labuschagne is taking throwdowns with a taped tennis ball from his friend while his pet dog is acting as a wicketkeeper to make sure the run-machine loses none of his batting skills during the lockdown period. 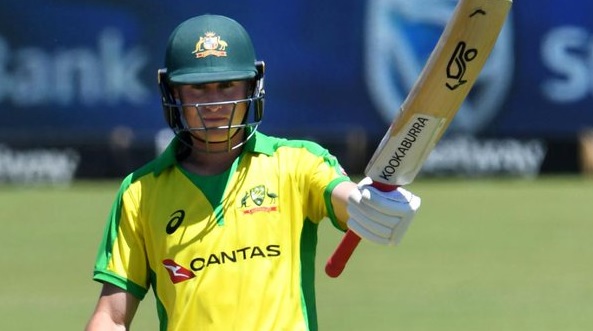 "I have for the last couple of days, just because I've missed it," Labuschagne told Melbourne's SEN Radio on Thursday when asked about his return to batting after Australia's ODI series against New Zealand was called off last month.


Didn't mind if I died while batting: Viv Richards on not using helmets

"I'm lucky enough that I've actually got one of my best mates living with me at the moment.

"He's in isolation with me. So me and him are getting a few throw downs, and doing a bit of training."

Labuschagne is also seen getting throwdowns from his friend at his backyard in a video.

Labuschagne was named alongside compatriots Pat Cummins and Ellyse Perry among Wisden Almanack's Players of the Year earlier in the week.

England's Ben Stokes and Perry were on Wednesday named the Leading Cricketers of 2019 by Wisden Almanack.

Stokes became the first English cricketer after Andrew Flintoff since 2005 to win the award whereas Perry, the star Australian all-rounder, had won the award previously in 2016 and has thus become the first woman to claim the award twice.