England batter Jos Buttler admitted that it was really tough to bat early on in the innings in the match against Sri Lanka. He added that staying patient was the key while negotiating the early phase. Buttler was adjudged player of the match for his unbeaten 101 off 67 balls, including six fours and as many sixes, setting up England's 26-run win over Sri Lanka in the ICC Men's T20 World Cup on Monday. 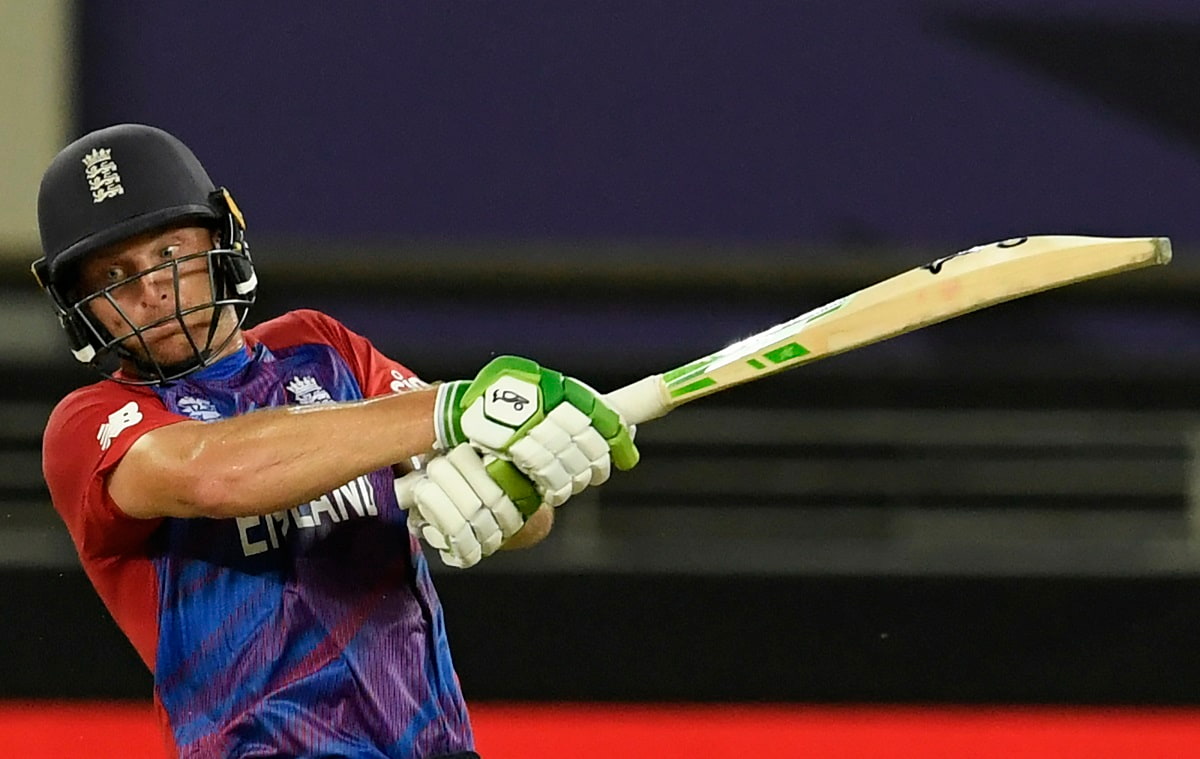 "I think staying patient and keeping my head. I found it really tough early on. I managed to get a really good partnership going with Morgs (Morgan) and we tried to attack the back end," said Buttler in the post-match presentation ceremony about how he reached the first century of the tournament.

Buttler is now the leading run-scorer of the tournament with 214 runs in four matches, averaging a whopping 214. Asked about the ideal score they figured on during the partnership of 112 with captain Eoin Morgan, Buttler said, "We were just trying to get something going, were finding the spin bowlers a bit tricky and thought 120 might be a good score. But then we got going and got 160-plus. We each tried to take the small side and target that and I really enjoyed batting with Morgs."

Buttler also had a stunning run-out to his name, with his direct hit catching a wandering Dasun Shanaka outside the crease. He called the run-out his favourite part of the match. "It was probably the favourite bit of my day. We were under pressure there for a long part of that chase knowing that (Moeen) had to bowl that (missing over after Mills left injured). So, to take that wicket there was crucial and I was delighted with that."

Buttler reached his maiden T20I hundred dramatically, flicking over leg-side on the final ball of the innings. "I was trying to guess where he (Chameera) was going to bowl, to be honest. I was pretty calm. But I think at that stage I'd batted for a long time, just staying patient and hoping he'll miss."