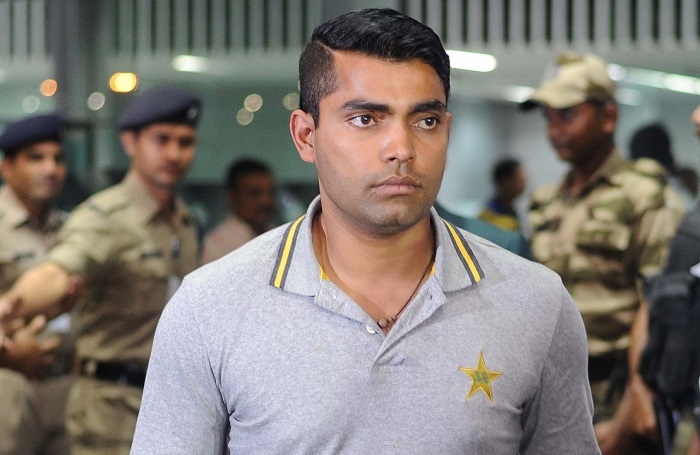 Lahore, May 31:  Former Supreme Court judge Justice (retired) Faqir Muhammad Khokhar has been appointed as an independent adjudicator to hear cricketer Umar Akmals appeal against his three-year ban, the Pakistan Cricket Board (PCB) announced on Sunday.

Akmal was banned from the sport for three years for breaching the PCB Anti-Corruption Code in two separate incidents. The PCB statement also stated that the independent adjudicator will now decide on the date of the appeal hearing.

Geo.Tv had earlier reported that Akmal had hired Adviser to the Prime Minister on Parliamentary Affairs, Babar Awan's law firm to help him with the case after the sanction was imposed on him by the PCB.

Akmal was charged with two breaches of Article 2.4.4 of the PCB Anti-Corruption Code in two unrelated incidents on March 17. On April 9, the PCB referred the matter to the Chairman of the Independent Disciplinary Committee after the batsman opted not to request for a hearing before the Anti-Corruption Tribunal.

Chairman of the Independent Disciplinary Panel, Justice (retired) Fazal-e-Miran Chauhan, had earlier submitted his detailed judgement on the case to the Pakistan Cricket Board, which has now been uploaded at www.pcb.com.pk.

Justice Chauhan imposed a ban of three years for each of the two charges of violating the PCB Anti-Corruption Code, which will be deemed to have come into effect from the date of Umar Akmal's suspension i.e. February 20, 2020.

Both periods of ineligibility will run concurrently, meaning Umar Akmal will now become eligible to return to cricket activities on February 19, 2023.