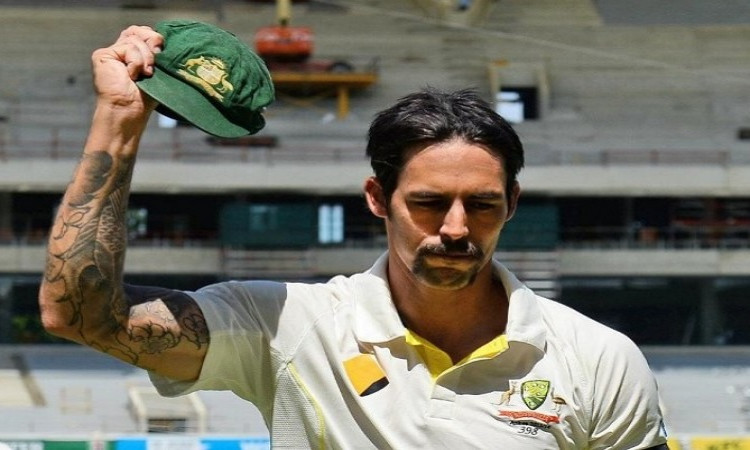 London, Aug 19: Former Australian pacer Mitchell Johnson has been elected as an honorary member of the Marylebone Cricket Club (MCC). The announcement was made by the club on Sunday during the second Ashes Test which ended in a tense draw at Lord's.

"It's an absolutely amazing feeling and I never thought I'd be sitting here at Lord's as an honorary life member," said Johnson.

"It's nice to be recognised by MCC. I am really honoured and really proud to be in this position right now."

He became one of the most feared fast bowlers in the world and his prowess for terrifying batsmen was evident during the 2013-14 season, when he took 59 wickets in eight Tests against England and South Africa.

He was particularly devastating during the Ashes of that year, in which Australia recorded only the fourth Ashes whitewash in history.

Johnson was as prolific in international white-ball cricket, taking 239 wickets in 153 ODIs and 38 wickets in his 30 T20Is.