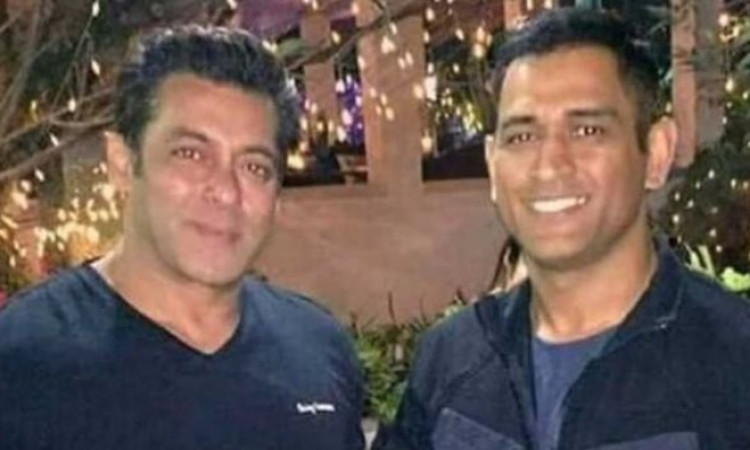 16 Dec,New Delhi: Superstar Salman Khan’s favourite cricketer is none other than Mahendra Singh Dhoni. On Sunday, Salman spoke about his bond with batsman Kedar Jadhav and how much he admires the ‘dabangg’ style of the former India captain Dhoni.

Salman was accompanied by his co-star Kiccha Sudeep, who is playing villain in the thrid instalment of the Dabangg series. “My favourite player is the one who plays well on that day. But what we see as fans is the respect each player has towards each other,” Sudeep said.

“We can visibly see the players stand and cheer for the achievements of their teammates - with such a positive attitude, we can freely have our favourites. My all time favourite has to be Anil Kumble sir, and I also like Rohit Sharma,” Sudeep added.

Salman and Sudeep will be seen in “Dabangg 3”, which is scheduled to release on December 20.