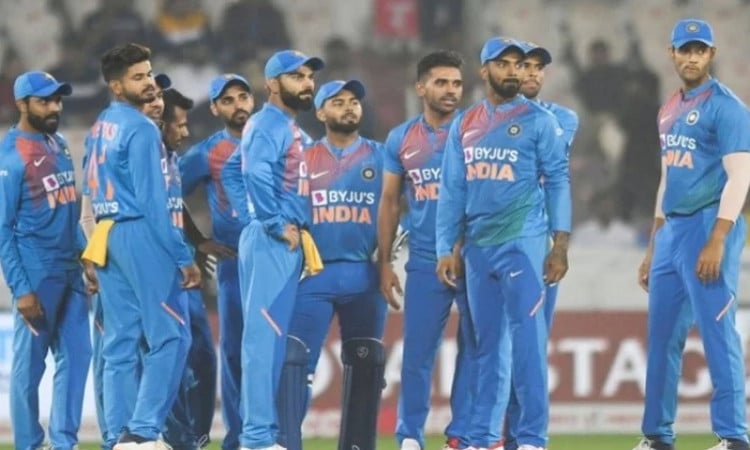 Guwahati, Jan 4: Team India will unofficially start their preparations for the World T20 when they take on Sri Lanka in the three-match series opener at Barabati Stadium on Sunday.

The Men in Blue, who enjoyed a brief break, are coming into this contest on the back of T20I series victories against Bangladesh and West Indies respectively and thus would be brimming with confidence.

As the series has been sandwiched between the Australia ODIs and the New Zealand tour thereafter, the three T20Is against Sri Lanka might not attract that much attention as expected during the matches played at home.

However, the series will hold much importance for pace spearhead Jasprit Bumrah who will be making his return to international cricket. Bumrah has been out of action after India's tour of the West Indies in July-August due to a stress fracture on his back and thus would be rearing to go and perform for the team.

The 26-year-old has also been included in the ODI squad for the three-match series against Australia, which will take place after the T20Is against Sri Lanka.

Another important area of focus for the hosts during the three T20Is would be the form of Shikhar Dhawan.

Dhawan, like Bumrah, was not part of the West Indies series after he hurt his knee during the Syed Mushtaq Ali Trophy. The left-handed opener was not at his absolute best in the T20I series against Bangladesh and faced criticism from several quarters.

However, recently, he scored a century in the Ranji Trophy and showed glimpses of returning to form. Alongside KL Rahul, he will be opening the innings in all the three matches against Sri Lanka and thus skipper Virat Kohli would want the southpaw to roar and return to his usual best.

In absence of Rohit Sharma, who has been given a rest after quite a while, the batting would revolve around Kohli who is set to surpass the star Indian opener when it comes to leading run-scorers in the shortest format of the game.

For Sri Lanka, the series would be about breaking the shackles and make sure they present a tough competition to the hosts, against whom they have never been able to win a bilateral T20I series.

Besides veteran pacer Lasith Malinga, the island team has players who have vast experience in international cricket like Angelo Mathews, Isuru Udana, Kusal Mendis etc and thus, their fans would be hoping to see a team effort to stop India on their own backyard. However, going by the current form and records, that doesn't seem happening.

India and Sri Lanka have faced each other in 16 T20Is, out of which India have won 11 -- joint most for them against all opponents faced in shortest format.

The pitch at Guwahati generally tends to be on the slower side and thus both the teams would be tempted to field a spin-heavy attack.