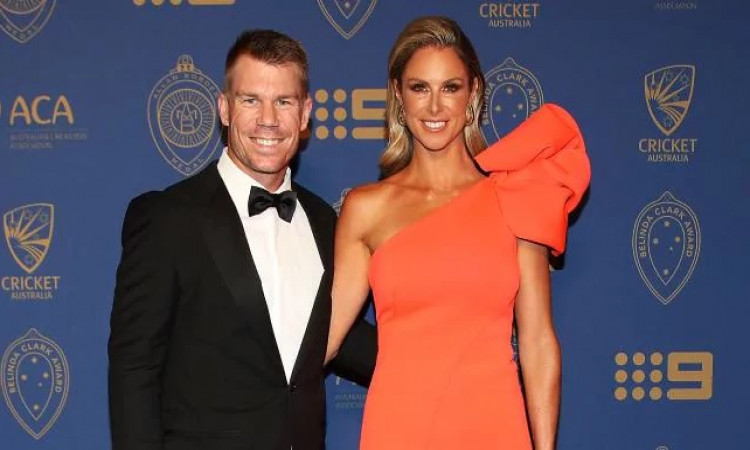 Sydney, April 27: Australia cricketer David Warner on Monday took to Instagram to upload a hilarious video featuring wife Candice in which he seen switching 'jobs' with his wife.

The video starts will Warner in full kit and his wife virtual kayaking just beside him. Then they switch characters and Warner is seen wearing his wife's swimsuit and she, on the other hand, is in full Australian ODI kit.

With no cricket being played due to outbreak of coronavirus, cricketers have been engaging with fans on social media to keep themselves busy and entertained.

In normal circumstances, Warner would have been currently leading Sunrisers Hyderabad in the 13th edition of the Indian Premier League but due to COVID-19 pandemic, the tournament stands indefinitely postponed.

Recently, he hosted an Instagram live video session with SRH teammate and New Zealand captain Kane Williamson and asked him about whom he thinks is the best batsman in the world.

"It's very hard to pinpoint one. Someone like AB -- I know he only plays franchise cricket now, but in terms of gifted players, he is right up there. And a top guy as well. He's one of the special players of our time. But (there are) so many quality players," Williamson pointed.

"Kohli, in all formats, has a real hunger to dominate. He is so good to watch and play against, and to learn as well. He has set the bar so high."

Warner on his part picked three. "I would have you, Smithy (Steve Smith) and Virat to bat for my life."