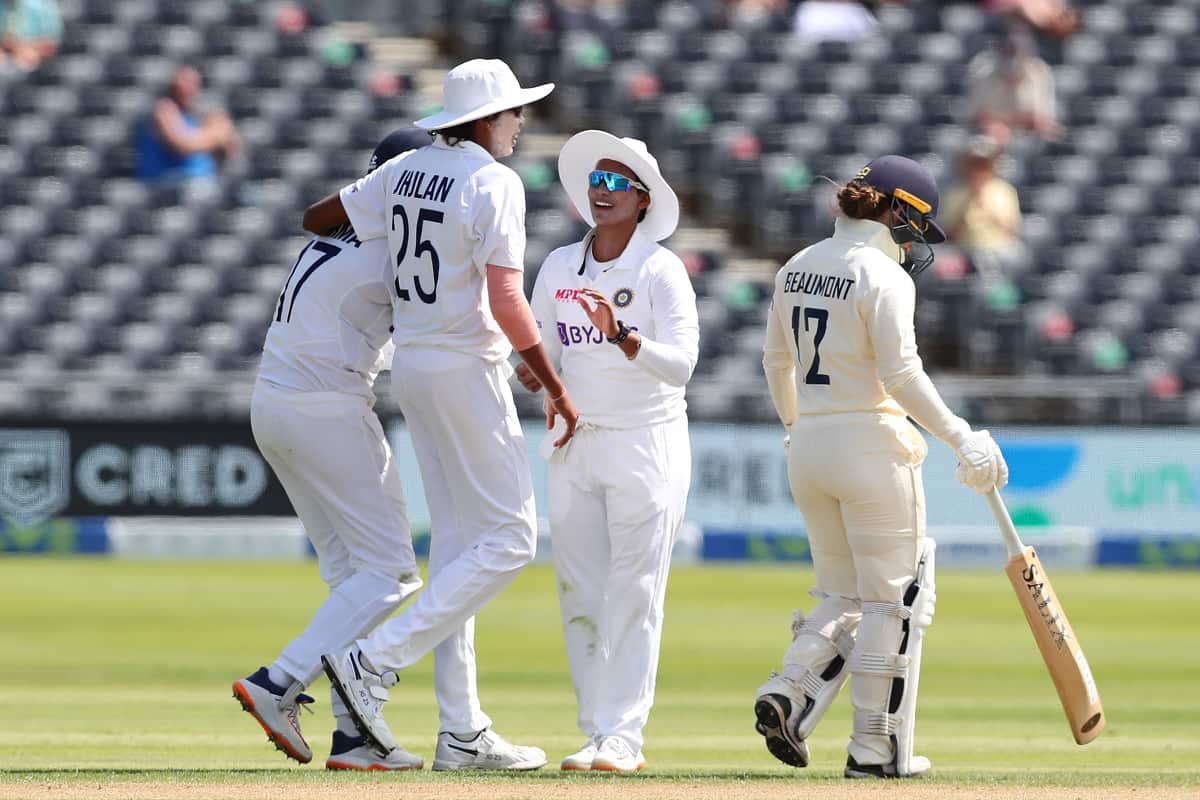 The pitch for the one-off Test between India women and England women has turned out to be a flat deck with plenty of help for spinners as home team's batters and visiting team's spinners have found out.

"The pitch was slow in the early stage but it helped the spinners because it was turning a bit from the starting," said India off-spinner Sneh Rana, who picked three wickets for 77 runs, after the first day's play.

England batters had no problems early on as they cruised to 230/2 before a late charge by the Indian bowlers restricted them to 269/6 at the end of first day's play. As many as five of their six wickets were picked by spinners.

"It is a good wicket to bat on. I think it will remain the same," added Sneh.

The pitch on which the ongoing match is being played is a used one. It hosted a T20 Blast game between counties on Friday, just five days before the Test began.

England captain Heather Knight and a former England player Alexandra Hartley had criticised the England and Wales Cricket Board (ECB) for dishing out a used pitch.

"I guess it is obviously not ideal. We would much prefer to be on a fresh one but it is what it is. And we do not know how it is going to play necessarily," Heather had said in a media interaction on Tuesday.

Experienced Indian pitch curator Samandar Singh Chauhan had predicted on Wednesday prior to the match that the pitch will be flat and would assist spinners.

"A pitch that is prepared for a T20 game is flat, devoid of any grass and has plenty of runs in it. They may have watered it (Bristol pitch) and used heavy roller on it to keep some grass which means it may assist seamers early on. But it could still return to being flat very soon in the match," said Chauhan, who in the past has prepared pitches on which Sachin Tendulkar and Virender Sehwag scored their ODI double-centuries.

"Normally, when we have matches in such short duration at one venue, we use different pitches. But in this case, the ECB is using the same pitch," he had told IANS.

"If they haven't watered the pitch, then it will break and help spin bowlers since it was a T20 pitch which normally lacks grass," Samandar had added.