Ben Stokes coming good as an opening batsman for Rajasthan Royals against Mumbai Indians on Sunday was not the only batting experiment that succeeded for a team this season. 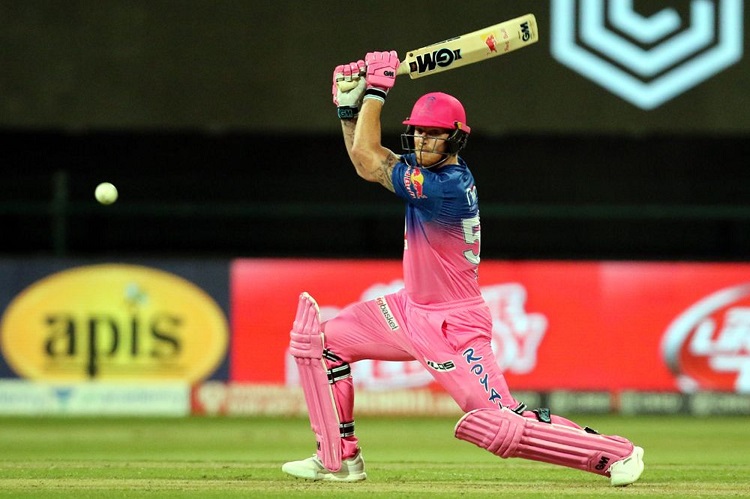 Kolkata Knight Riders got back to winning ways after pushing Sunil Narine down to middle-order against Delhi Capitals. The West Indian had been playing as an opener.


I Was Not Expecting It: Chakravarthy On Maiden India Call-Up

Here's a look at five notable experiments in the IPL 2020 so far:

Ben Stokes as an opener:

Stokes is a power-hitter who bats in the middle-order in a power-packed England limited-overs batting line-up. The decision to push Stokes to the top by Rajasthan Royals captain Steve Smith was criticized after he aggregated just 110 in his first five games and failed to use the power-play -- also failing to hit a six. However, the left-handed batsman, who hasn't bowled much in the tournament, cracked a 60-ball 107 to make a mockery of Mumbai Indians' 195-run target and guided his team to the target with 10 balls to spare. He hit three sixes to break the drought of sixes.

The Kolkata Knight Riders bowler, who is known for bowling mystery spin, had been opening the batting for his side in the initial part of the IPL before he was warned for a suspect action and taken off the team roster. However, once he was cleared, he returned with a bang. The team pushed him down to the middle-order at No.5 where he excelled, hammering a quick-fire 64 and putting on 115 runs with Nitish Rana to lead KKR to a huge win over Delhi Capitals. Narine though failed against KXIP while batting at No.6.

Manish Pandey moving to No.5:

Pandey has always complained about not being given enough chances to bat up the order in the Indian national team. In IPL 2020, when he was pushed down to No.5 by SRH in a game against KKR in a bid to strengthen the SRH middle-order, he failed and scored just six. All his double-figure knocks at this year's IPL have come batting at No.3. He was again pushed back to his usual No. 3 slot and succeeded there, leading his team to a big win over Rajasthan Royals.

A massive controversy had erupted when Royal Challengers Bangalore's AB de Villiers was pushed down the batting order to No.6, apparently to save him from facing leg-spinners. This was a shock considering that the South African batsman had, in the previous game against Kolkata Knight Riders, smashed a 33-ball 73 to lead his team a big win. de Villiers made just two off five balls in the KKR game triggering criticism against Kohli. AB then returned to his usual No.4 position and hammered 55 not out in the next match against Rajasthan Royals.

Sam Curran as an opener:

Chennai Super Kings were struggling to find dependable batsmen in the middle-order, especially in the absence of Suresh Raina, this season. With Faf du Plessis and Shane Watson opening the batting, their Indian talent could not perform well enough down the order. It forced skipper MS Dhoni to push bowling all-rounder Sam Curran to the top of the order and bring Watson down. The feisty left-handed player performed reasonably well scoring 31 and 22 in two of the three innings he played at the top before returning lower down against Mumbai Indians where he hammered a half-century.