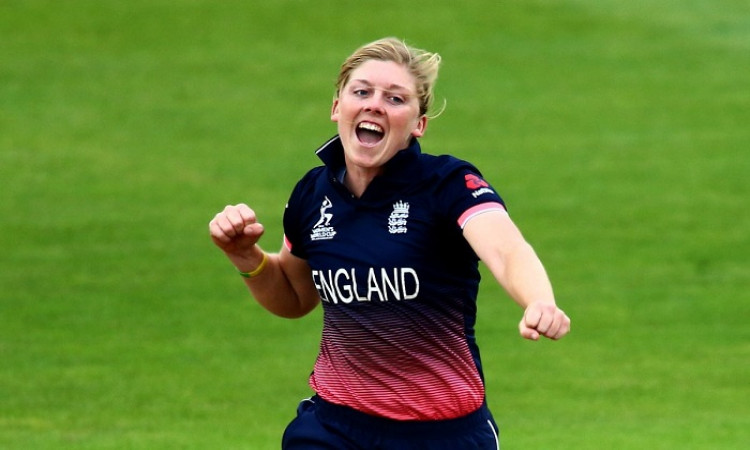 Sydney, Feb 14: England captain Heather Knight said that the team has taken a lot of lessons from the recent tri-series they played in Australia against the hosts and India going into the Women's T20 World Cup. The tournament is set to be held from February 21 to March 8.

Knight said that the team's aim is to reach the semi-finals. England won the inaugural edition in 2009 and finished runners-up thrice since then. "We'll be focusing on how we want to play our cricket and reaching those semi-finals. If we make those, then we'll take it from there," she said in a column for the website of the International Cricket Council.

"I think we learnt a huge amount from the recent Tri Series. We were put under pressure in some really tight games, which is perfect preparation going into a World Cup," said Knight.

England are the reigning 50-over World Cup champions and Knight said that the current team is different from the one that played in 2017. "The publicity and noise is similar to the 2017 tournament but the 50-over World Cup is a long time ago now. We're a slightly different team, led by a different coach, and we've brought in some new exciting young players who have done really well leading into this tournament," she said.

"The day after we lost the last T20 World Cup final to Australia in the West Indies in 2018, I sat down with our former Head Coach, Mark Robinson, and our then Assistant Coach Ali Maiden, and we ran through how we wanted to approach this tournament in Australia.

"When Lisa Keightley took over in January, it was clear her plans aligned with what we had looked at, and it's been really exciting to start working alongside her.

"We've been really specific with the players we wanted out here in Australia. We've got a lot of different match-winners and proven world-class players, but also a few younger ones too, who so far have taken to international cricket really well. From 1-15, we've got a squad that can win games of cricket," said Knight.