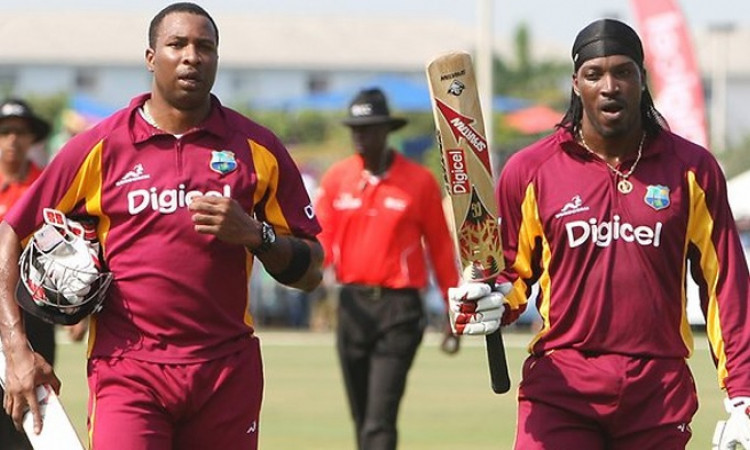 New Delhi, Dec 13:  West Indies skipper Kieron Pollard has reached the second spot in the list of highest run-getters in T20 cricket. He achieved the feat during the third and final T20I against India at the Wankhede in Mumbai which West Indies lost by 67 runs on Wednesday evening. The Windies skipper scored 68 runs in the match.

The 32-year-old has played 68 T20Is for West Indies in which he has scored 1058 runs, including four half centuries.

Pollard has so far amassed 9935 runs in 496 T20 matches he has played, this includes one century and 49 fifties. He is followed by former New Zealand skipper Brendon McCullum, who scored 9922 runs in 370 T20 matches.

Chris Gayle tops the list with 13,152 runs from 400 T20 games. Gayle has scored 22 hundreds and 81 fifties. The swashbuckling left-handed batsman also holds the distinction of highest individual score in T20 cricket. He had played an unbeaten knock of 175 for Royal Challengers Bangalore against Pune Warriors in the 2013 edition of the Indian Premier League.