Finn Allen smashed 71 off 29 balls as New Zealand beat Bangladesh by 65 runs in a third T20I curtailed by rain at Eden Park on Thursday. Allen, who will play for Royal Challengers Bangalore(RCB) in the Indian Premier League(IPL) this season, smashed 10 fours and three sixes in a match that was reduced to 10 overs a side. 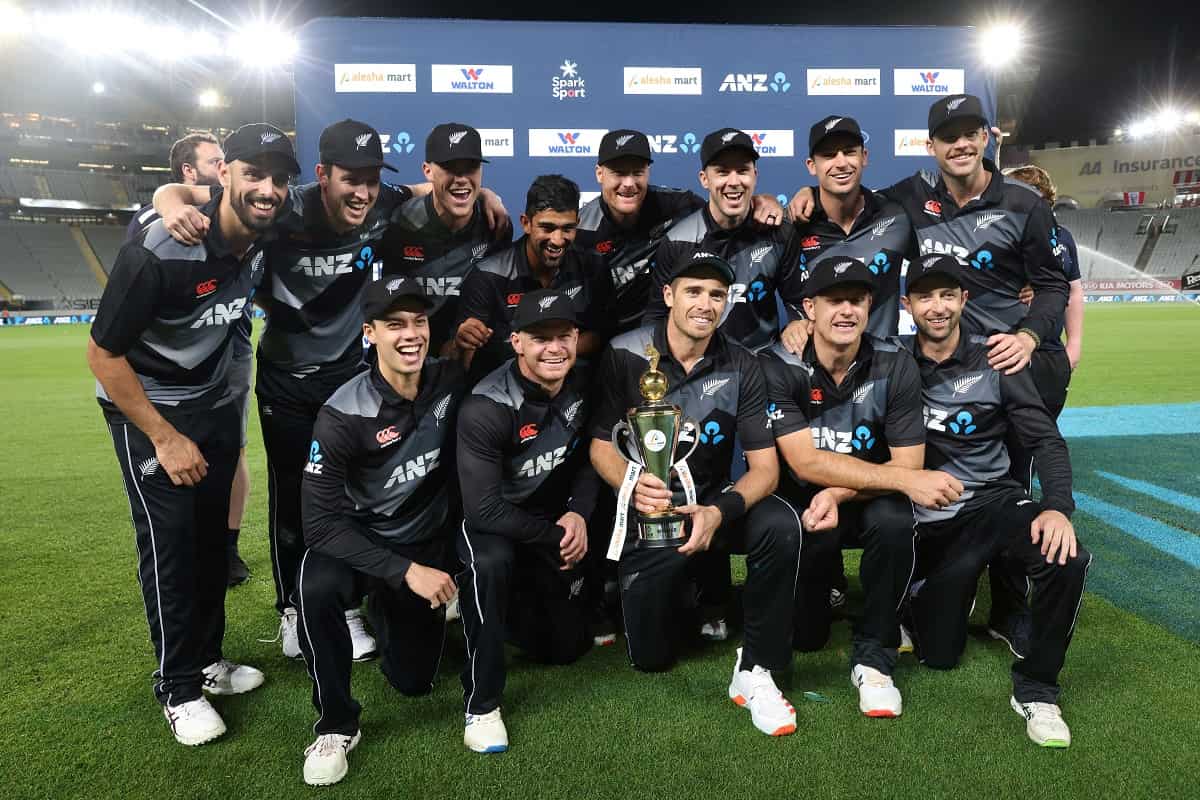 
Top Five Longest Sixes In The History Of IPL, 1 Bowler In The List

Bangladesh were all out in the 10th over, with Glenn Phillips dismissing Nasum Ahmed off the third ball of the over.

The match got off to a delayed start due to rain and openers Allen and Martin Guptill got the hosts off to a flier. The pair put up 85 runs in the first six overs. Guptill fell on 44 off 19 balls but Allen went on to get to his half-century in just 18 balls, thus equalling Colin Munro's record for the second-fastest half-century by a Kiwi batsman in T20Is.

Allen fell in the last over of the innings.