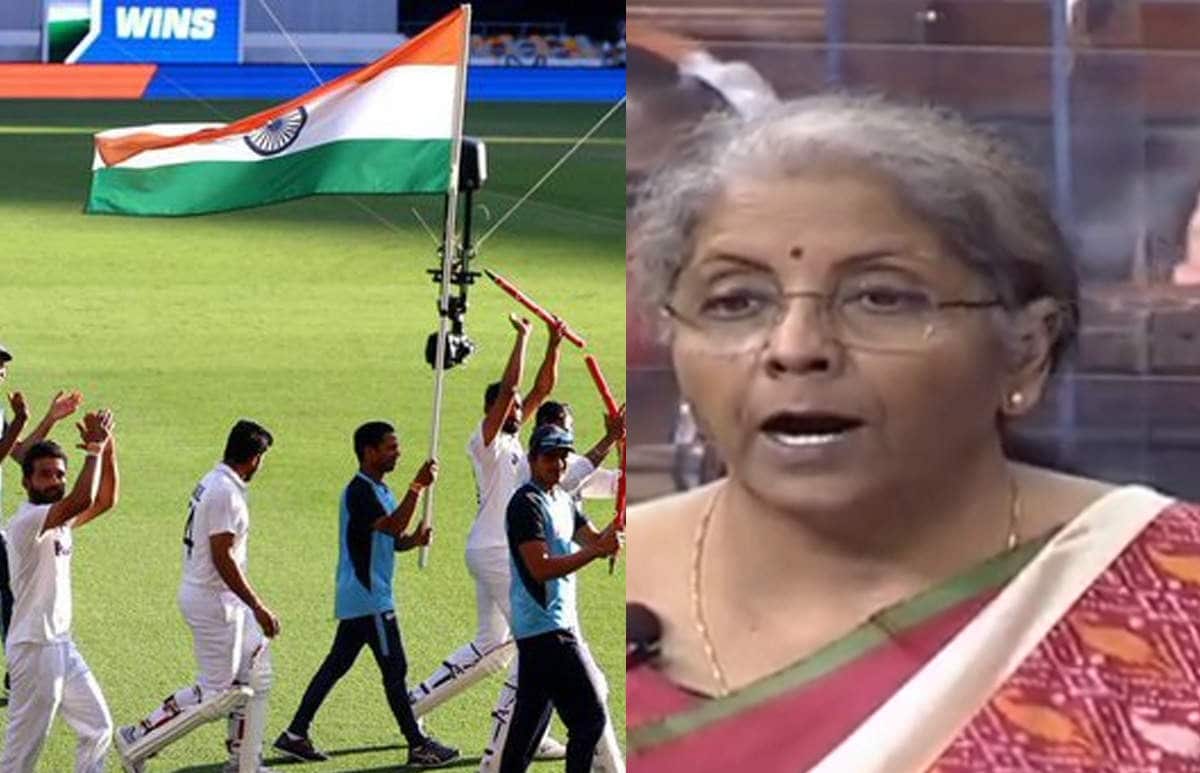 "I can't help but recall the joy that we as a cricket-loving nation felt after the Team India's recent spectacular success in Australia," Sitharaman said while she heaped praises on India's memorable win in the Border-Gavaskar Trophy.

"It has reminded us of all the qualities that we as people, particularly our youth, epitomise of having abundant promise and the unsuppressed thirst to perform and to succeed," she added.

The Indian team, after facing an embarrassing loss in the first Test in Adelaide where they were bowled out for their lowest Test score of 36, came back strongly in the next three matches to retain the Border-Gavaskar trophy in an emphatic manner. The series saw Indian team register their first win at the Gabba in Brisbane -- a venue where Australia last suffered a defeat in 1988.

On Sunday, Prime Minister Narendra Modi had also praised the Indian cricket team, saying that the team's hard work and teamwork which was on full display in Australia is inspiring.

"This month, we got good news from the cricket pitch. After initial hiccups, the Indian team bounced back strongly and won the Test series in Australia. Our team's hard work and teamwork was inspiring," Modi said during his monthly 'Mann Ki Baat' programme.

The Board of Control for Cricket in India (BCCI), on their part, expressed gratitude to the Prime Minister for his appreciation and tweeted: "Thank you Shri Narendra Modi for your appreciation and words of encouragement. Team India will do everything possible to keep the tricolour flying high."

India will next face England in a four-Test series beginning Friday in Chennai.