New Zealand won the three-match T20I series against West Indies 2-0 after the third and final T20I at the Bay Oval was called off due to persistent rain on Monday. 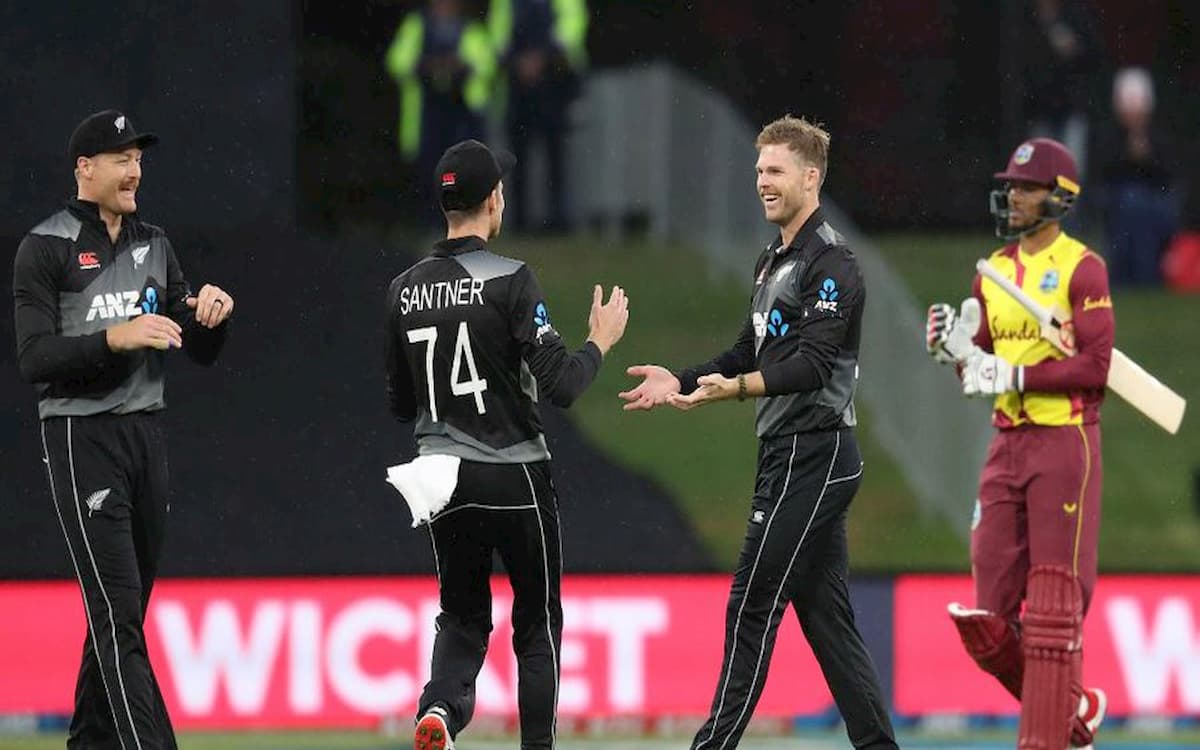 The teams left the field due to rain after just 2.2 overs on Monday night, with the West Indies at 25/1, and were never able to return, with the game being called off at 9.20pm local time.

Earlier, Mitchell Santner, who was leading the Black Caps for the first time, won the toss and opted to bowl. Santner chose to bowl himself first but the host's first breakthrough came in the second over as Lockie Ferguson got Brandon King out at his individual score of 11.

Andre Fletcher (4*) and Kyle Mayers (5*) were at the crease when rain started pouring in and umpires decided to leave the field.

New Zealand had earlier won the first T20I on November 29 by five wickets (via DLS method) and then went on to win the second match by 72 runs on Sunday evening.

The two teams will now contest in a two-match Test series beginning Thursday at the Seddon Park in Hamilton.