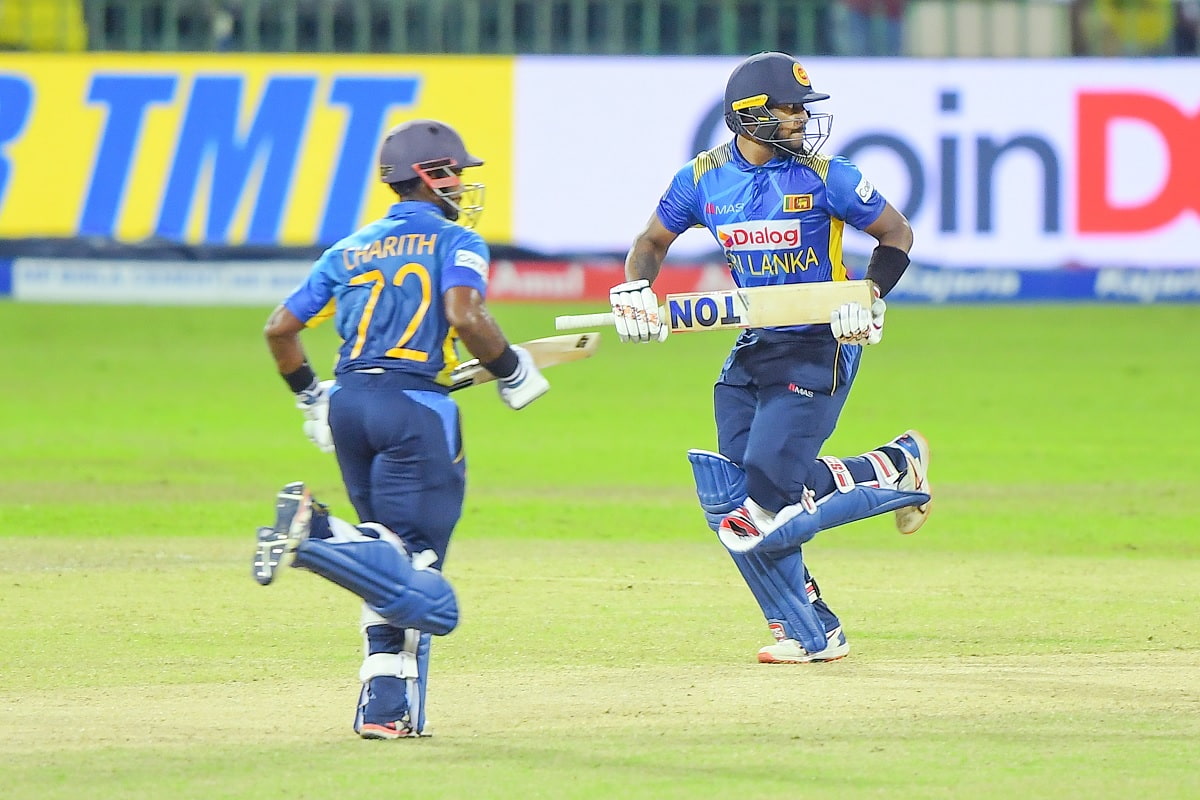 Chasing a revised target of 227, Sri Lanka lost Minod Bhanuka in the fifth over to debutant Krishnappa Gowtham. However, after that, it was Fernando and Rajapaksha all over the new Indian bowling attack. The two shared a 109-run partnership from 105 balls to take the game away from India.

Rajapaksha, who was only playing his 3rd ODI, scored 65 off 56 balls with the help of 12 fours before mistiming an attempted hook off Chetan Sakariya and giving a catch to Gowtham at fine leg. It looked like India was crawling back into the game when Sakariya removed Dhananjaya de Silva in his next over, however, a 43-run stand between Fernando and Charith Asalanka revived the Sri Lankan run-chase.

Asalanka scored 24 before Hardik Pandya struck him in front with a well-executed yorker. Nonetheless, the target was still in the sight of the Sri Lankans, and the three wickets from Rahul Chahar, in the end, couldn't do much as the home team reached the target with eight overs to spare.

Earlier, Shikhar Dhawan finally won the toss and opted to bat first as India made six changes to its side, including five debutants. Dhawan smashed Akila Dhananjaya for three fours but edged one to the keeper off Dushmantha Chameera.

Prithvi Shaw and debutant Sanju Samson stitched a 74-run partnership from 80 balls. Shaw missed out on a well-deserved fifty as Dasun Shanaka got him out LBW. Manish Pandey, too, couldn't do much and got out for 11 soon after Samson gave the fielder at covers a catching practice when he was on 46.

Suryakumar Yadav continued his golden form but was the third batter to get out in the 40s as Sri Lankan bowlers overpowered the Indian middle-order. Hardik Pandya's yet another failure with the bat and Nitish Rana's forgettable debut meant Sri Lanka entered Indian tail twice in two games.

Although the game got reduced to 47 overs, India got all out for 225 in the 43rd over with Akila Dhananjaya and Praveen Jayawickrama sharing six wickets between each other.