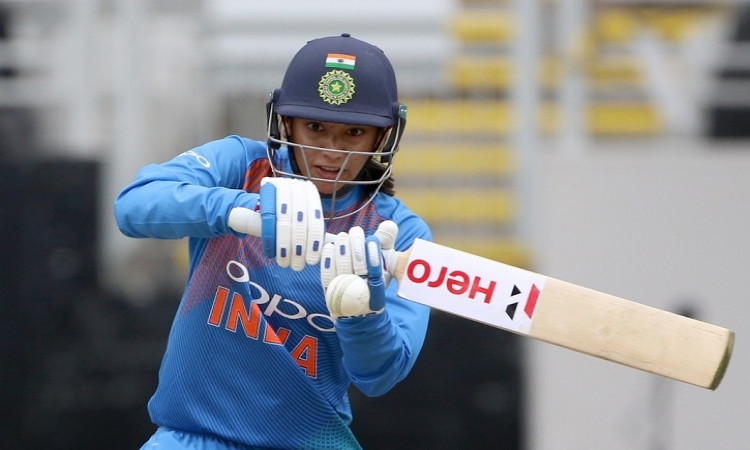 New Delhi, Sep 14: Smriti Mandhana, vice-captain of the Indian womens cricket team, has been a trailblazer for womens cricket in India. Having herself been a gender bender on the field, the 22-year-old sees cricket as – just a sport – and hates that the world at large still hasn't grown out of its limiting distinctions.

"I am fortunate that I come from a family that never distinguished between a boy and a girl. I had the freedom to choose my entire life and have been supported throughout by my family. However, when you step out into the world it seems very different.

"Women are made to conform to a set behavioural pattern and I fit into none of them as I took up a sport, which is till date called a ‘gentleman's sport' despite every country having a competent women's team," she told IANSlife over email.

Mandhana was just nine when she was first picked in Maharashtra's Under-15 state side. As India's leading batswoman, she became the highest run-getter in ODI cricket when she fetched 669 runs in 12 games in 2018. The stellar performance won her the BCCI honour of the ‘Best Women's International Cricketer' in June 2018.

The ace cricketer said she is extremely proud to be a woman and does "not believe that femininity limits the choice of one's profession or physicality". It is the mindset that enables one with strength to pursue a choice, to accept a win or a defeat with the same grace and propels them to work harder.

Mandhana's foray into cricket, a sport followed like a religion in India, began when she was just six years old. Her father would take her brother to train, and a young Mandhana would just accompany them. "I slowly began to develop an interest in the game. I owe my success to my family. Had it not been for my father and my brother, I would not have been so closely associated with cricket," she said.

According to the cricketer, "I followed in my brother's footsteps. I used to wake up at 5 a.m., and wait for him to complete his cricket practice just so I could play the 10-15 balls pitched to me at the end. They used to be the highlight of my day and as soon as I would finish my 15 balls, I would start thinking about how I had to better myself for the next day's 15 balls."

There's no dearth of women like Mandhana, who, rising above gender-based social conditioning, have pursued their dreams without compromises and even made their mark in the fields of their choice.
But the burden of choice, gets further taxing for them when one doesn't just have to simply perform, but also constantly justify one's place in the game just because of one's gender.

"It gets frustrating when my male counterparts are questioned about their game or performance, whereas I am fielding questions on gender stereotypes and my ability to stay committed to the game on account of my gender," Mandhana said. "I only see myself as a cricketer. Why should there be labels when none are required?" she asked.