New Delhi, Aug 1:  Former India captain Anil Kumble has recalled the infamous Monkeygate incident of 2008 that threatened to sour the relationship between two of the biggest powerhouses in world cricket. 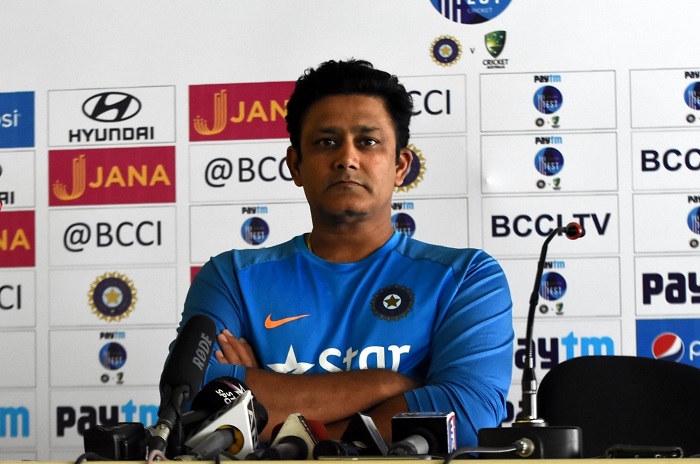 During India's tour of Australia, the Sydney Test had made headlines for all the wrong reasons. While it was known for the umpiring errors during the match, the biggest story to come out of it was the Monkeygate incident involving Harbhajan Singh and Andrew Symonds.

The controversies ended up overshadowing what was otherwise a high-quality match featuring as many as five centuries, including an unbeaten 162 from Symonds. Australia dramatically won the game by 122 runs with minutes to spare on the final day.

The saga between Harbhajan and Symonds snowballed into a hearing and the latter was even handed a ban. Kumble, who was the captain at the time, recalled the entire episode and stated that the off-spinner was wronged and that was the general consensus in the team dressing room.

"As a captain you're generally tuned to take decisions on the field. Here I was faced with something, which was off the field, to take a decision in the larger interest of the game," Kumble told Ravichandran Ashwin during latter's YouTube show 'DRSWithAsh'.

"And one of our players (Harbhajan Singh) was obviously banned for three matches because of a racist remark - that was what the pronouncement was and we appealed. I felt he was wronged.

"We had to obviously be together as a team but the challenge was that there was a lot of talk about the team wanting to come back at that point in time, and leave the tour and come back.

"Yes, you know, probably (people) would have accepted that the Indian team was wronged and that's why they came back," he added.

At the time, there was clamour within certain sections that Team India should abandon the tour mid-way and return to India. Kumble, however, stated that senior players did well to keep the team together during those tough times and that helped them achieve positive results in the final two matches of the series.

"I think as a captain, or as a team, we had gone there to win the series. Unfortunately, with the first two results not going our way, the best result could have been a drawn series because two more Test matches remained and I just wanted to rally around the team. I was fortunate enough to have senior players, former captains, in the team," he added.

Following losses in first two Tests, India did well to make a comeback in the third match in Perth and won it by 72 runs. The fourth and final Test ended in a draw as Australia clinched the series 2-1.