Feels good to get Pujara as my first Test wicket: Cornwall 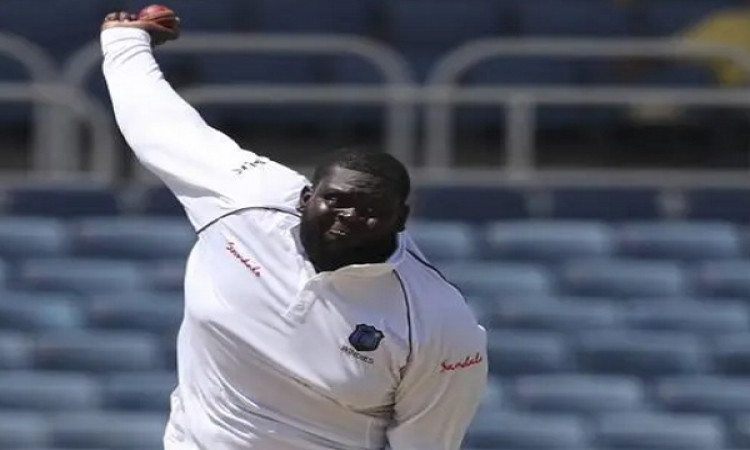 Kingston, Aug 31. West Indies all-rounder Rahkeem Cornwall is happy after claiming his first Test wicket as the off-spinner dismissed Cheteshwar Pujara on Day 1 of the second and final Test here on Friday.

Cornwall, who at 140 kg became the heaviest cricketer to play international cricket, returned with figures of 1/69 from his 27 overs on Day 1.

"Good feeling to get him (Pujara) as my first Test wicket. It was nothing new to me but it was a good feeling," Cornwall told the media after the first day's play.

"Making my Test debut was a good feeling. I think the ball came on really nice in the beginning. I have to work hard and put the ball into the right areas," he added.

Cornwall also took a couple of catches at slips to remove India openers Mayank Agarwal and K.L. Rahul off the bowling of skipper Jason Holder. "Our seamers bowled well and when I was asked to bowl, I had to do the same," he said.

"We felt the pitch had a lot of moisture... So we thought once we get to bowl first, we can get early wickets. The toss went in our favour. It was a good day of Test cricket," Cornwall added.

At stumps on Day 1, India were 264/5 with Hanuma Vihari and Rishabh Pant batting at 42 and 27, respectively.