Feel like a kid again, just want to play some cricket: Jason Roy

London, May 4: England batsman Jason Roy has said that he is feeling like a kid again and all he wants is to play some cricket again amid the coronavirus pandemic which has brought the entire sporting calendar to a grinding halt. 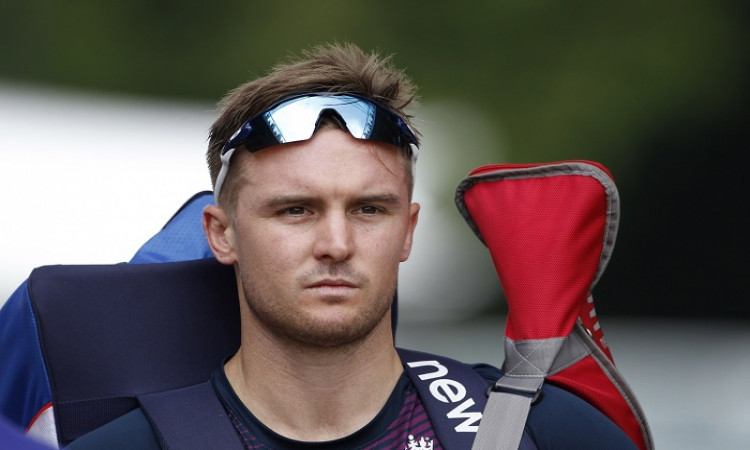 All cricketing activities in England remain suspended till July 1 while the inaugural edition of 'The Hundred' has also been postponed to next year by the England and Wales Cricket Board (ECB).

According to the England batter, safety of the players and the spectators is paramount and that's why he would not even mind playing in front of empty stands.

"I just want to play some cricket to be honest. I think for us to be able to go out there and play some cricket would be an incredible feeling. I feel like a kid again," Roy was quoted as saying by ESPNcricinfo.

"I guess we're governed by the government here, we don't really know what is going on or what the safety measures are. There's way bigger things out there. I'm more than happy to play behind closed doors, it would just be nice to get out there," he added.

The 29-year-old said that all the England players are on the edge, waiting for the call of resumption of cricketing activities which have been suspended since March.

"I think all the boys are on edge, waiting for the call saying, 'Right, we have a month turnaround or a six-week turnaround. Get in the nets and go hit some balls.' I think the boys will be as ready as they can be," Roy said.

He also believes it would make sense to postpone the T20 World Cup, slated to be held in October-November in Australia, if teams don't get enough time to prepare for the mega event due to the coronavirus pandemic.

"If players aren't able to prepare in the right way and are not able to get over to Australia, then it makes sense to postpone it," Roy said.

"But if it goes ahead, it's our job to play cricket - and if we're told we have three weeks to prepare to go and play in the World T20, all the boys will be putting the yards in to make sure we're ready for that," he added.

The International Cricket Council (ICC) has said it is still planning for the tournament according to its October 18 – November 15 schedule even as the COVID-19 pandemic doesn't seem to stop.

Meanwhile, the Board of Control for Cricket in India (BCCI) feels that with the coronavirus outbreak and the effect it has had, having the T20 World Cup in October-November seems impractical.