Father Used To Tell Me To Remain Not Out In Every Game: KXIP's Mandeep After Unbeaten 66

With a license to play his natural game against Kolkata Knight Riders (KKR), Kings XI Punjab (KXIP) opener Mandeep Singh blossomed on Monday and scored an unbeaten 66 to guide his team to an emphatic eight-wicket win. He also remembered his late father's instruction to remain not out after every innings and he did exactly that on Monday. 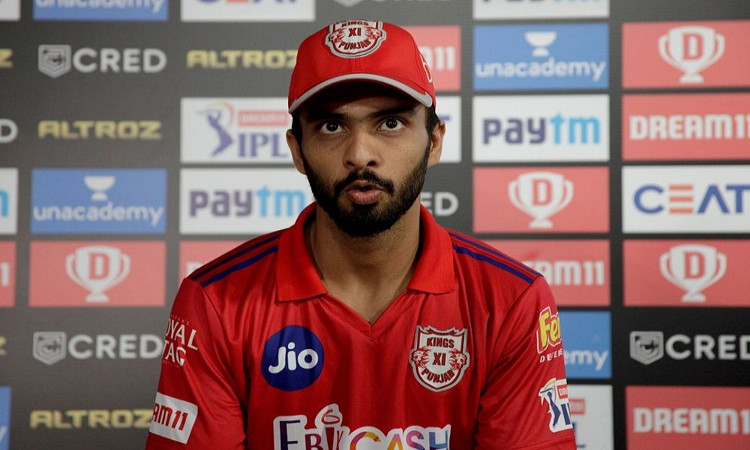 "This was very special. My father always used to tell me to remain not out in every game -- definitely special. He always used to tell me, whether you score 100 or 200, you should be not out," Mandeep, who lost his father a couple of days ago, disclosed after helping his team notch a fifth win on the trot and move up to the fourth spot on the points table.

Mandeep also revealed that captain KL Rahul had permitted him to play his natural game.

"I had a talk with Rahul before the start of the game. In the last game, I was trying to score quicker and I wasn't comfortable doing that. I told Rahul if I play my normal game, I will win the game and I had the belief. He told me to back my game and play the way I want to play; pretty happy with the win," he said after his 56-ball 66.

Mandeep and Chris Gayle (51 off 29 balls) raised 100 runs for the second wicket that took their team to the brink of victory.

"He was just telling me to keep batting and play till the end, and I just told him that he should never retire. He is too good. We are very excited," he said.

Gayle said that the team needed some sort of momentum to get that will power and the feeling that it can do it. He disclosed that coach Anil Kumble asked the senior players to step up and win games for the team.

"Glad that myself and Mandeep put our hands up. The youngsters in the team are saying 'Don't retire.' That was Mandeep," said Gayle.

"I have been doing some off the field training with the trainer when I wasn't playing. I am feeling good, hitting the gym. You have that good feeling about yourself and about the team, capitalizing on it as much as possible. We are happy now, but still, a long way to go," said the West Indian.

It was Punjab's fifth win on the trot and they are now placed fourth on the points table. Both KXIP and KKR have 12 points each, though Punjab climbed to the fourth spot, thanks to their better net run rate (-0.049). KKR has a net run rate of -0.479. The top four teams qualify for the playoffs.