Fans vote 1999 Chennai Test as Pak's greatest of all time 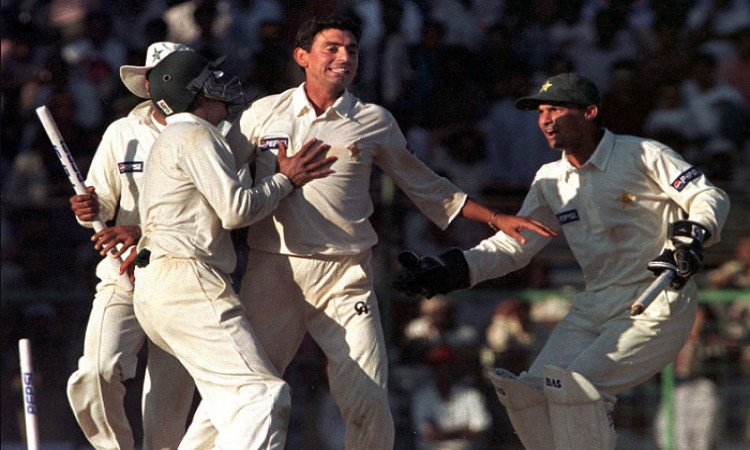 Islamabad, July 29: Pakistan's 12-run win over India in Chennai in 1999 was voted as the team's greatest Test match to date by fans, according to a release by the Pakistan Cricket Board (PCB).

The initiative was meant to celebrate the launch of the World Test Championship, which will take place in England on Monday.

The Chennai Test was famous as the one in which the Indian crowd gave the Pakistani players a standing ovation as they took a lap of honour around the MA Chidambaram stadium.

Pakistan, led by Wasim Akram, batted first and scored 238 with Anil Kumble taking six wickets and India in reply managed to get to 254. Saqlain Mushtaq picked five wickets in that innings and would go on to repeat the feat in India's second innings. Wasim and Waqar Younis sliced through the Indian top order, with Waqar dismissing Sadagoppan Ramesh and VVS Laxman while Wasim got Rahul Dravid.

Pakistan would keep chipping away at the Indian innings with Saqlain Mushtaq getting the wickets of captain Mohammed Azharuddin and Sourav Ganguly but the flow of wickets stopped thanks to a 136 run stand between Sachin Tendulkar and wicket keeper Nayan Mongia.

Tendulkar's dismissal however, caused another collapse. The wicket of Javagal Srinath helped Mushtaq finish his second fifer of the match and a 12-run win for Pakistan.