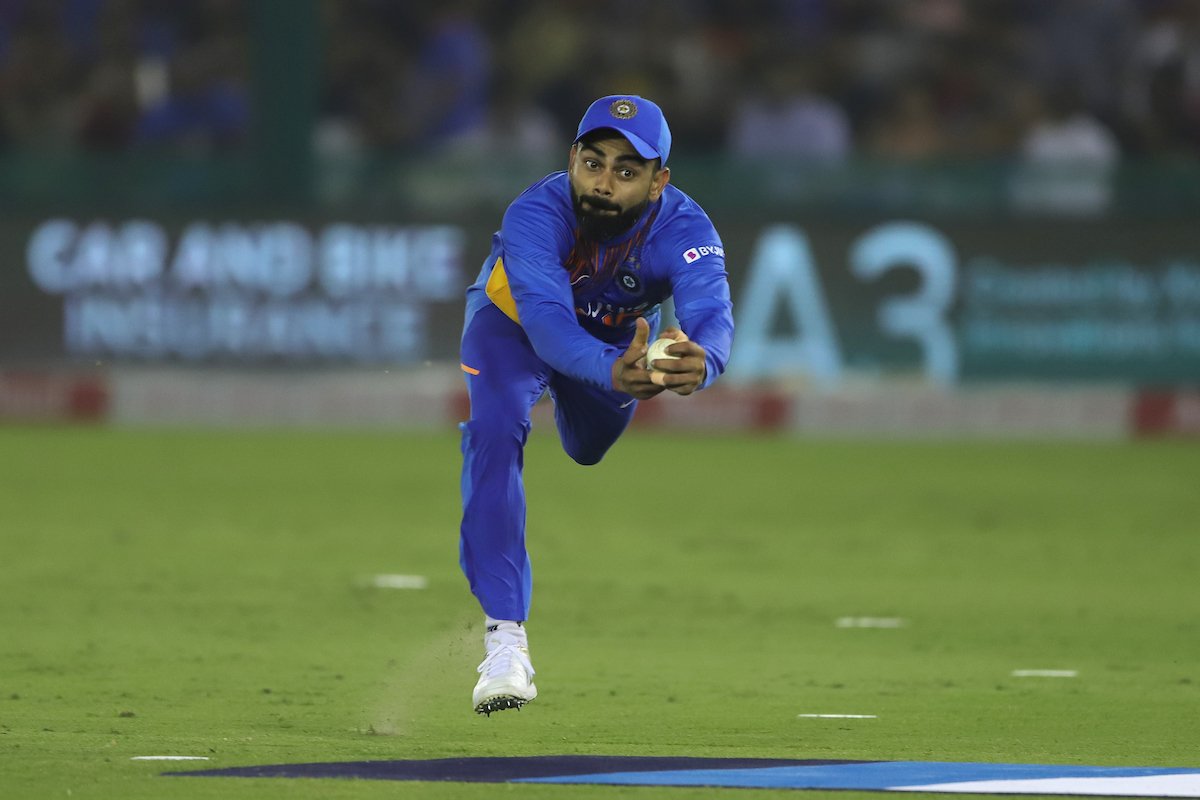 In the 12th over of the match, it was Kohli who ran in from mid-off and took a blinder to get South African stumper Quinton de Kock out.

"Brilliant catch from Ravindra Jadeja to remove Rassie van der Dussen and South Africa are 90/3 in the 13th over #INDvSA", a fan tweeted.

"When ppl say #KingKohli is Overrated & has Big Ego, but #kohli be like Nah let's do something spectacular... ???? #INDvSA @imVkohli took an amazing catch," another fan expressed.

Kohli stretched his hands out, keeping his eyes fixed on the ball till the last moment, plucking the ball with his left hand.

Just in the next over, it was Jadeja who produced a catch to match Kohli's feat of athleticism. As new batsman Rassie van der Dussen nudged back a delivery to Jadeja, who was bowling the 12th over, he leapt to his right and pulled off the spectacular catch.