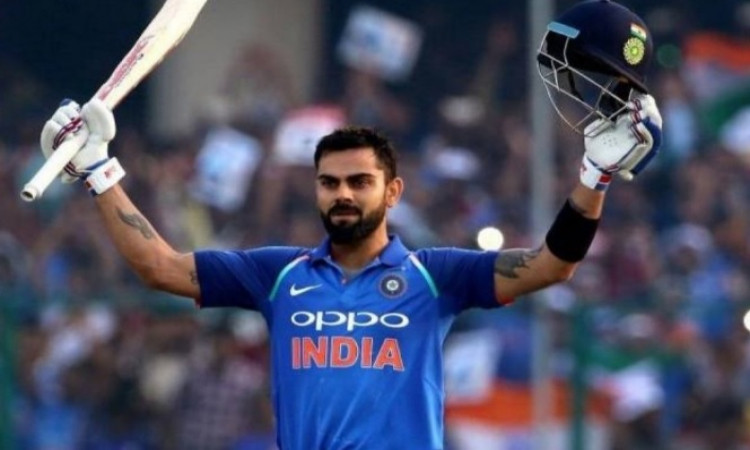 Lahore, Oct 10:  India captain Virat Kohli was invited to play in Pakistan by a supporter during the team's home T20I match against Sri Lanka, sending social media into a tizzy.

Due to political tensions, arch-rivals India and Pakistan don't engage in bilateral series and only meet in ICC events, the last being in the 2019 World Cup.

Kohli, one of the best batsmen in the world and a hugely popular figure in the sport, is yet to play in Pakistan.

The fan at the Gadaffi Stadium held a placard reading "Virat Kohli we want to see you playing in Pakistan", during the third and final T20I which the hosts lost on Wednesday.

Pakistan's star batsman Babar Azam is also a huge admirer of Kohli and has said that in public on many occasions.

The two Asian giants haven't played a bilateral series since 2012/13, when Pakistan had travelled to India for an ODI and T20I series.

India are currently playing South Africa in three Tests at home, the second of which is underway in Pune.

Pakistan, meanwhile, lost to second-string Sri Lanka by 13 runs in the third and final T20 international as the visitors completed a 3-0 whitewash of the top-ranked T20I side in the world.

A message to Virat Kohli from a fan in Pakistan #Cricket pic.twitter.com/DwiBPoOIGs