A fan watching the IPL 2021 match between Mumbai Indians and Sunrisers Hyderabad at the Sheikh Zayed Stadium on Friday made a humble request to the MI skipper Rohit Sharma for the tickets of the high-voltage India versus Pakistan clash at the upcoming T20 World Cup and the picture has gone viral on social media. 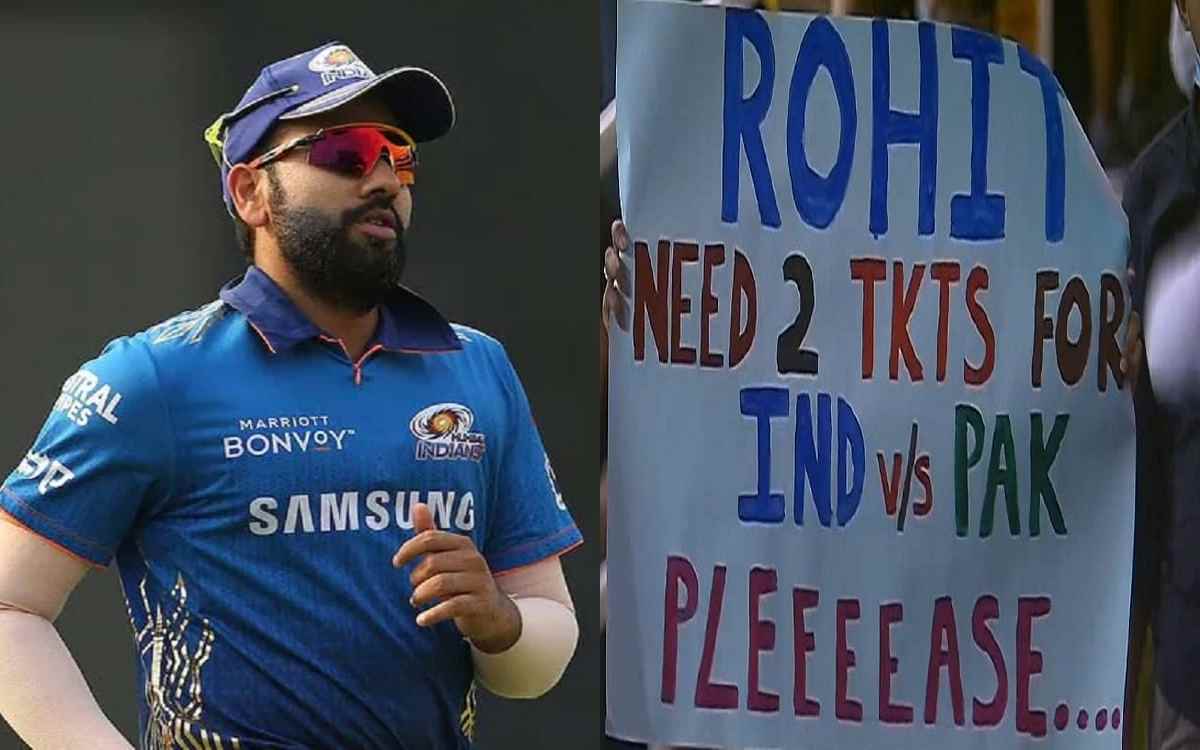 Cricket fans around the world are looking forward to the upcoming ICC T20 World Cup that kicks off on October 17. The Indian fans are particularly watching for the epic encounter between India and Pakistan, which is scheduled for October 24 at the Dubai International Stadium.

One such fan, who wants to witness the clash of arch-rivals in person, was seen holding a placard in the stands during Friday's IPL match between MI and SRH, with a message that read: "Rohit, Need 2 tkts for IND v/s PAK. Pleeeease…"

The message caught the attention of the camera crew on the ground and netizens as well, with the picture going viral on social media. As the photo of the fan's request to Sharma went viral, it left people coming up with many jokes and memes while reacting to it.

Notably, the tickets for this much-anticipated match between India and Pakistan in T20 World Cup have already been sold out.

In 2017, Sharma had won hearts by arranging the air ticket for a Sri Lankan fan Mohamed Nilam, who had to return home to visit his ailing father. Apart from tickets, Sharma also gave him some money and promised to visit Nilam's place in Colombo.

Sharma, who later went to Sri Lanka to lead Team India in the Nidahas Trophy, didn't forget his promise and paid a visit to Nilam's family in Colombo.