New Delhi, July 16:  Pakistan opener Fakhar Zaman has signed up for Glamorgan for the first half of the T20 Blast as a replacement for Australia's Shaun Marsh. The 29-year-old will be available for Glamorgan's opening eight matches in the competition. 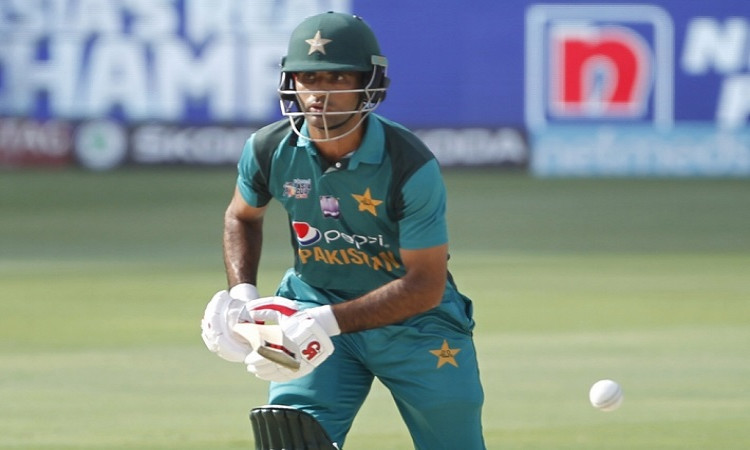 Marsh was ruled out of the closing stages of the just concluded World Cup because of a fractured forearm, which he suffered while practicing in the nets against pacer Pat Cummins.

Director of Glamorgan cricket, Mark Wallace, said: "It is disappointing to lose Shaun Marsh for the start of the competition but to secure the services of Fakhar on short notice is great news for the club.

"He is a fantastic cricketer and one of the most destructive batsmen in the world who has a history of performing in big matches."

Zaman has played 89 T20 matches in his career, including 30 T20Is and scored over 2,300 runs in the format at an average of 28 and a strike rate of nearly 140. The left-handed batsman, however, had a disappointing World Cup campaign as he ended with 186 runs with just one half-century as Pakistan failed to make it to the knockout stage.

"I'm thrilled to sign for Glamorgan and look forward to playing in Cardiff," said the Pakistani opener. Zaman was part of the Pakistan team which won the 2017 Champions Trophy and famously struck a century in the final against India.

"I have fond memories of the ground from our Champions Trophy semi-final here in 2017 and look forward to making some new ones," he said.

"Glamorgan is a fantastic club and hopefully I can put in some match-winning performances for the team during my stay."