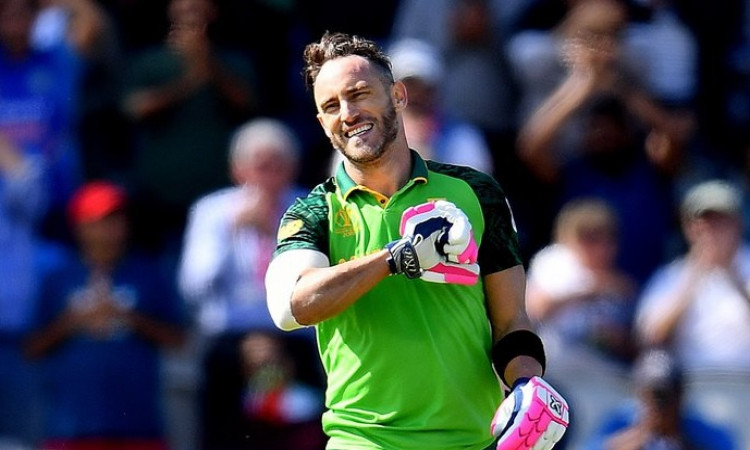 Cape Town, Feb 26:  Faf du Plessis was on Wednesday not included in South Africas One-Day International squad for the three-match series against Australia starting on Saturday.

The 15-man team saw the inclusion of left-arm spinner Keshav Maharaj for the first time since 2018, a statement on the Cricket South Africa official website said.

"With a busy year and a half in mind, the selectors have opted to give further rest to Faf du Plessis and other senior players such as Rassie van der Dussen and Dwaine Pretorius, while giving themselves an opportunity to see what some of the country's up and coming talents have to offer," the statement read.

"With the completion of the 2019 Cricket World Cup and the next one being three years away from now, we always saw the series against England and Australia as an opportunity to play some fresh talent," said head coach Mark Boucher as quoted by www.cricket.co.za.

"If we feel that we need to rest players, we will, as we have done in the recent past.

He said du Plessis remains in their plans and his workload needs to be kept in mind.

"Faf (du Plessis) has been fantastic for us in white ball cricket and remains very much in our ODI plans and we will manage his workload for the near future diligently.

"I would like to strengthen our depth pool right now and see what players we have out there. I feel that this is the time and opportunity to do so," he concluded.