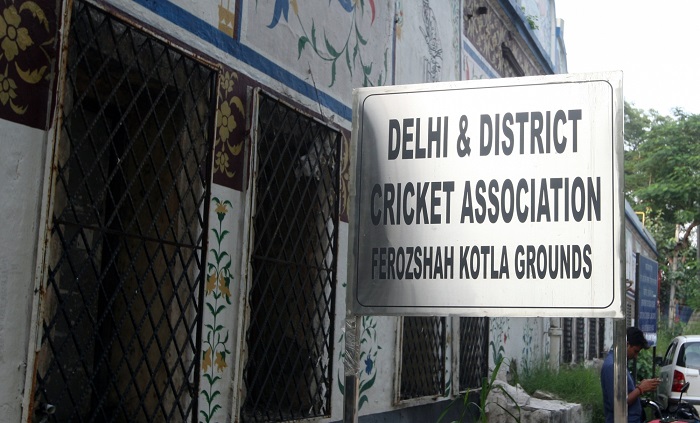 New Delhi, Dec 30:  The Delhi and District Cricket Association (DDCA) AGM on Sunday was highlighted with Joint Secretary Rajan Manchanda supposedly being manhandled by Apex Council members. The agenda was also supposedly forced through despite dissent. But Secretary Vinod Tihara wants newly appointed Ombudsman Deepak Verma to look into the whole matter and then give his verdict on the whole matter.

Addressing the media, Tihara said that it was sad how facts were being twisted to tarnish the image of the administrators unnecessarily.

"The video is here for all of you to see and facts have been twisted to suit the narrative. We do not wish to say anything and the final call lies with the Ombudsman. He can see the video evidence and give his verdict on the matter. We honestly believe that cricket remains the priority and all this shouldn't hog the limelight.

"In fact, even when it comes to using the funds handed to us by the BCCI, we have only used them in cricketing activities, salaries of staff and day-to-day functioning. You can check that for yourself," he said.

With former cricketers like Gautam Gambhir have called for dissolving of the association, it is technically not possible as DDCA comes under the rules and regulations of the Companies Act. But Tihara said he would be more than willing to provide clarity.

"Will be more than happy to provide them with clarity on what exactly happened yesterday at the AGM. We even tried to calm people down, but without luck," he rued.

Chairman of the media committee Apurv Jain echoed the sentiments and said: "We don't have a problem with facts being produced, but one shouldn't twist facts. That is unfair."

Director Sanjay Bhardwaj said that the Ombudsman will be provided with the details in the next couple of days and he can then take a call.

"See, all evidence will be given to him and then you will get a clear idea as to what happened and what was being made of the whole situation. You can expect the Ombudsman to get cracking at the earliest. While it would be unfair to put a date to it, but guess around 2 weeks will be needed for the verdict," he said.

Tihara further said that the election for the new President could take till February end or March beginning and that he would be more than happy to work with Gambhir if the former cricketer is eligible as per Lodha reforms.