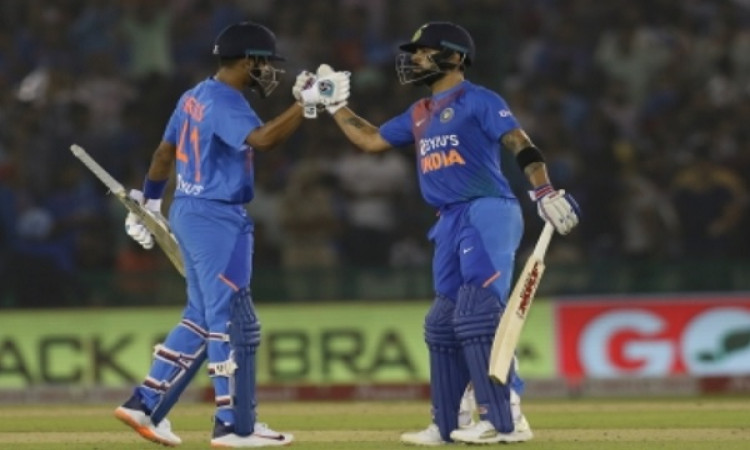 New Delhi, Sep 24 A semi-final exit in the 50-over World Cup might still be hurting the Men in Blue, but all that is in the past now as Virat Kohli and boys prepare for the 2020 World T20 that will be played in Australia. The mantra for the Indian team is very clear as they want to use this season of games to try youngsters and prepare for the challenge that awaits them Down Under.

While the Indian team wears a quality look in the shortest format of the game, the three main areas of concern are the No.4 slot in the batting line-up, the wicket-keeper's position with Rishabh Pant failing to provide consistency with the bat and the debate whether the team needs genuine spinners or bowlers who can also bat a bit.

The No. 4 slot in the limited-overs batting line-up is something that has haunted the team even in the 50-over World Cup. In fact, batting coach Sanjay Bangar's failure to find the perfect batsman for the slot saw a lot of drama that finally ended with the batting coach losing his job. While the Indians started with Ambati Rayudu, they moved to Vijay Shankar just before the start of the showpiece event in England.

While chief selector M.S.K. Prasad said that Shankar was the person for the No.4 slot, the team management started with K.L. Rahul before injury to opener Shikhar Dhawan saw Rahul open and Shankar bat at 4. After Shankar's injury, it was Pant who batted at No.4.

The Indians can't make the same mistake going into the WT20 and new batting coach Vikram Rathour must try as many options as he wants now in order to get the right guy to sit on the plane to Australia. He has the duo of Shreyas Iyer and Manish Pandey to start with and there are some other domestic players as well who can be given a go.

Up next is the new debate in Indian cricket. Whether the team should keep using the services of M.S. Dhoni or move ahead and give 21-year-old Rishabh Pant a long rope. While the team management is looking to stand by his side, the youngster hasn't helped matters by getting out to poor shots. Seems to be only making his job all the more difficult as calls for going back to Dhoni has started making the rounds again.

Sources in the know of developments have told IANS that Dhoni has given the selectors time to prepare not just Pant, but also his back-up with an eye on the WT20. But the young Delhi boy must get his act right fast before the team management loses patience.

Another major area of concern is the tail. A long tail in the 50-over World Cup saw Dhoni having to curb his instincts of taking on the bowlers and playing cautiously. The team management seems to have learnt from that and are now looking at spinners who can bat like Washington Sundar, Ravindra Jadeja and Krunal Pandya. Kohli too, has been very vocal about the fact that he is trying out the concept of having a long batting line-up.

But the skipper also must keep in mind the fact that Kuldeep Yadav and Yuzvendra Chahal are quality bowlers and they have the ability to win matches with their bowling efforts. Considering the fact that T20 cricket doesn't necessarily need you to bat deep, it will be interesting to see if the team management goes back to Kuldeep and Chahal in order to bag wickets.