Rajasthan Royals will be looking to make it two out of two when they face Kings XI Punjab in their next IPL encounter and wicketkeeper-batsman Jos Buttler is expecting a tough fight from the KL Rahul side at the Sharjah Cricket Stadium on Sunday. 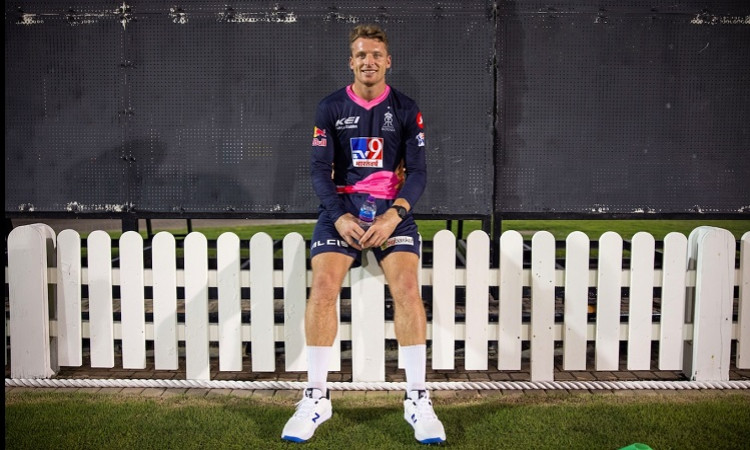 Buttler, who had missed the first game, said his team came out with a great performance against Chennai Super Kings in their opening Indian Premier League 2020 encounter on Tuesday.

"Great to get a win on the board, the team played fantastically well in the first game. It was an outstanding batting performance and a fantastic bowling performance in tough bowling conditions," said Buttler as per a release shared by the Royals.

"I am really excited to play my first game, it was great to be back in training with the boys. There's a great vibe around the team, so I'm really looking forward to taking the field. The atmosphere and energy around the squad is fantastic. Obviously, (there's) lots of confidence after that first game," he added.

The England batsman also hailed Rahul who scored a brilliant 132 not out against Royal Challengers Bangalore, a game which Kings XI won by 97 runs.

"The training has been very energetic, guys are lively and enjoying each other's company. So yeah (it's a) good atmosphere around (and we are) expecting a really tough match against Kings XI," said Buttler.

"Obviously a fantastic team, KL Rahul was in exceptional form the other night against RCB, so he will be a key wicket as always and I think we'll see another potentially high-scoring game at Sharjah with small boundaries and the dew factor coming in," he added.