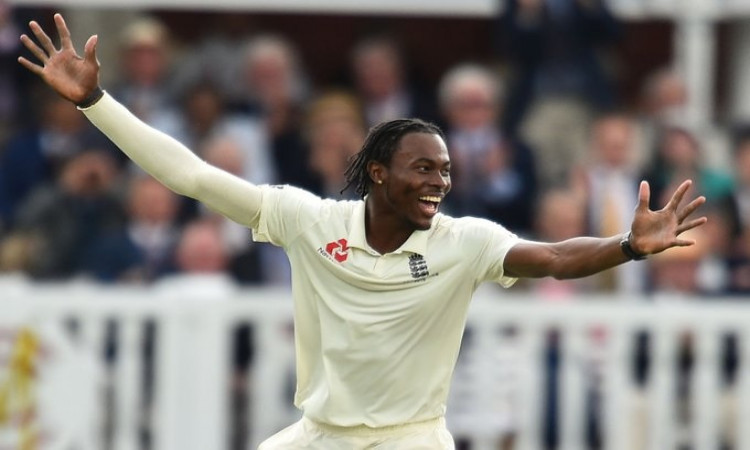 London, Aug 20: Ahead of the third Ashes Test, England all-rounder Ben Stokes has issued a warning to the Australian team, saying they should expect more intense bowling from Jofra Archer at Headingley.

Archer, who made his Test debut in the second match at Lord's which ended in a tense draw, returned match figures of 5/91.

It was not just pace -- touching speeds of around 95mph -- by which he impressed all but it was more his attacking bouncers which troubled the Australian batter.

"It's part of the game and a big part of Jofra's game -- being aggressive, not letting batsmen settle," Stokes was quoted as saying by the ICC website. "That bouncer of his is a huge asset and he's going to keep on doing it."

At Lord's, it was a fascinating contest between Archer and Steve Smith as they both displayed sensational cricketing skills. One of Archer's bouncers hit Smith on the neck because of which he missed the last day of the Test match with concussion and his availability for the game starting Thursday is still in doubt.

"When someone takes a nasty blow, no bowler is going to say 'I'm not going to bowl that again because I don't want to hit them again'," Stokes said. "The concern is always there when someone takes it, but next ball, when you get back to the mark, it's 'I'm going to keep doing it'."

According to Stokes, what makes Archer all the more lethal is his ability to bowl bouncers without any change in his bowling action. "He doesn't have any tells. Some bowlers you get a tell when they're going to bowl a bouncer or a different ball."

"Because everything is so rhythmical with Jofra it is tough to see when that bouncer is coming. He's very tight to the stumps as well. Everything looks just so languid, you wonder if he's loose and then he fires one... Watching the ball fly through, it was very impressive," he added.

Australia are 1-0 ahead in the five-match series after they won the Ashes 2019 opener by a huge margin of 251 runs in Birmingham.