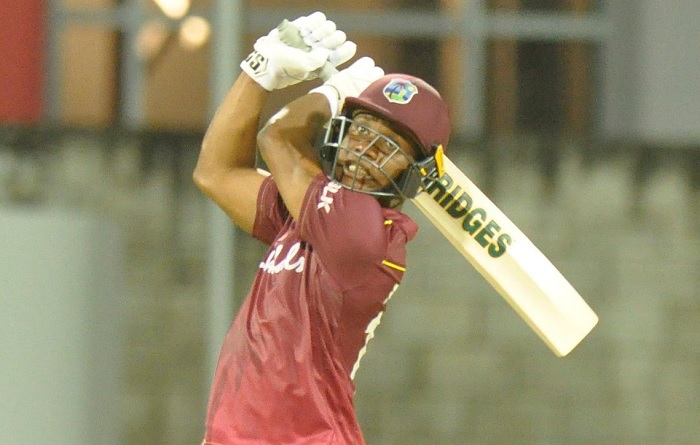 Lewis made 102 -- his third ton in this format as the home side powered to their revised target of 197 to win with 64 balls to spare at the Grenada National Stadium on Sunday.


No surprises in India's T20I squad for New Zealand tour

Earlier in the day, Walsh proved his captain's decision to bowl right as he grabbed 4/36 off his 10 overs to rip the heart out of the Ireland middle order. He extracted generous turn from the slow surface and was the perfect fillip after fast bowler Oshane Thomas rocked the top order with a fiery spell of 3/41 as the visitors managed 203 before being bowled out.

Captain Andrew Balbirnie was the lone batsman for the visitors who could manage to tackle the Windies bowlers and played a gutsy knock of 71 off 93 balls.

West Indies didn't have that smooth a start to their chase as Shai Hope and Sunil Ambris were dismissed early for six apiece. However, opener Lewis found serious support in the form of Brandon King. Both shared a 75-run stand before King was dismissed at his individual score of 38.

However, Lewis held firm and was accompanied by Nicholas Pooran through to a brief rain delay, with the pair returning afterwards to chase a slightly reduced target.

Lewis, after passing the hundred mark, holed out to long off with five runs still needed. Romario Shepherd followed suit next over having added just a single. But Pooran finished things with his sixth boundary in the following over, ending with unbeaten 43.

Earlier in the series Lewis made 99 not out in Barbados so Sunday's Man of the Match performance made amends for the near-miss century in last Tuesday's victory.

He ended the series with 208 runs in three innings to capture the Player of the Series award.

"I'm very pleased with the overall performance. We ticked all the boxes we wanted to and we played a good all-round game today," captain Kieron Pollard told reporters after the match. "We came into the series liking to win 3-0 and we finished the job on a high. It was a hard-fought series, so credit to the team for the way they went about business and took care of business."

The two teams will now face each other in the first of the three T20Is on Wednesday.