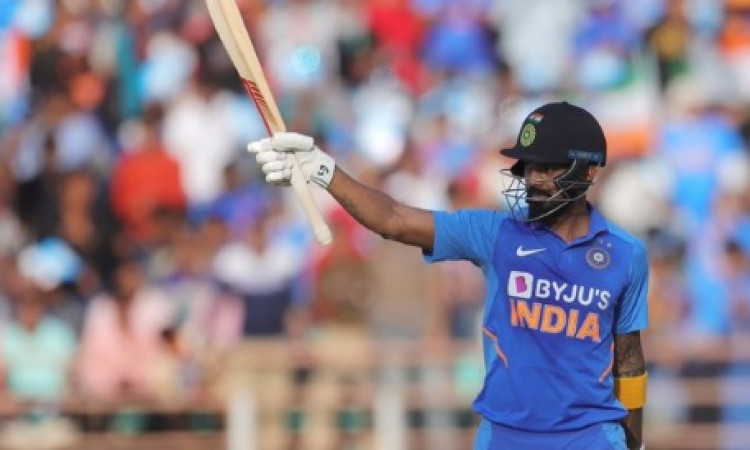 On Friday, Rahul was named Man of the Match for his match-winning 80 as India beat Australia by 36 runs in the second ODI here to level the three-match series 1-1.

"I couldn't have asked for a better start. Each day I've been thrown a different role or responsibility and I'm enjoying it for now," said Rahul in the post-match presentation ceremony. The Karnataka batsman on Friday donned the wicketkeeping gloves in the absence of the injured Rishabh Pant, effecting one stumping besides taking two catches.

Rahul said that he wanted to get a few balls under his belt before starting to go after the bowlers.

"Obviously it's a different position. The only plan I had was to give myself a couple of balls. Having had a chat with Virat (Kohli), he said the ball is coming on nicely.

"Once I get a couple of balls out of the middle of the bat, it's all about bat and ball. All the other things in your mind fade away. I'm very happy with the way I got a few partnerships going today," Rahul said.

Rahul's 80 came off just 52 balls and gave India a much-needed push in the last 10 overs to reach 340/6. He then had a good stint behind the stumps, taking two catches and effecting the dismissal of Australian captain Aaron Finch with a sharp stumping.

"Kuldeep (Yadav) told me my 'keeping was good too. I grew up 'keeping but I didn't do it a lot for my first-class team. But in the last few weeks, I did keep for Karnataka, so I've been in decent wicketkeeping touch. Hopefully I can keep my spinners and fast bowlers happy," he said.