Enjoy the moment, give your best in final: Harmanpreet Kaur tells teammates

Melbourne, March 7:  India captain Harmanpreet Kaur has conceded her team has been 'restless' and might lose momentum from an enforced eight-day break before Sunday's Women's T20 Wor 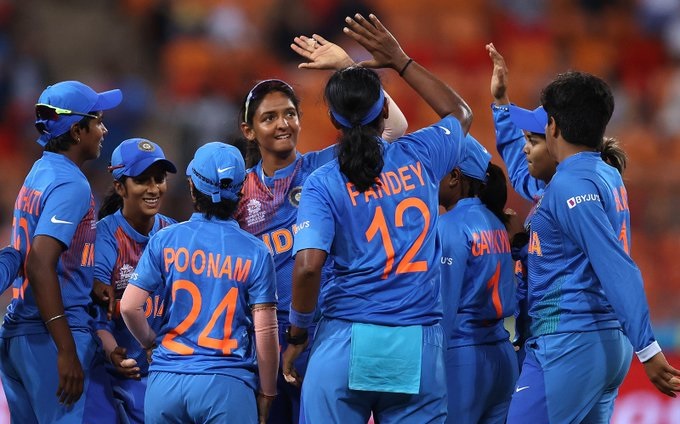 Melbourne, March 7:  India captain Harmanpreet Kaur has conceded her team has been 'restless' and might lose momentum from an enforced eight-day break before Sunday's Women's T20 World Cup final against Australia.

It will be more than a week since Harmanpreet's side last took to the field when they stride onto the MCG turf in front of a huge crowd, taking on Australia in search of a maiden T20 World Cup title.


Ellyse Perry to go under the knife, out for 6 months

With a straightforward win over Sri Lanka last Saturday followed by a semi-final washout against England, Harmanpreet admitted India have struggled to replicate conditions in the middle and used their time off for rest.

"We haven't been outdoors much and we didn't manage to play the important game against England," she said.

"We were all in touch and doing indoor training, but it doesn't give you full confidence because the surface is totally different. Everyone was in good touch and thinking what they can do for the team.

"We did get rest also because when you're playing for a long time, you need a break.

"No-one wanted to take rest, everyone was so keen and everyone was on the ground and ready to deal with the situation."

They might have struggled to get out but India have been stretched in close games, getting home by three runs against New Zealand, 17 runs against Australia and 18 against Bangladesh.

Having batted first in all four games, their chasing might be rusty too but they managed 173 batting second to beat Australia by seven wickets in the recent tri-series, their highest chase in T20Is.

The two sides' opening game clash saw 13,432 fans pack Sydney Showground and given over 75,000 tickets have been sold for the Melbourne Cricket Ground (MCG), rising to the occasion is likely to be a big challenge.

Harmanpreet, who played in front of a sold-out crowd in the 2017 Cricket World Cup final against England at Lord's, encouraged her team to relish the big stage rather than fretting.

"It's a great feeling. It's the first time we're going to see 90,000 people in the stadium and we're really looking positive for that," she said.

"We are used to playing when a lot of crowd is around us. Sometimes there's no noise going around in the stadium so we need to keep an eye on each of us. It's a big moment.

"Rather than thinking about what is going to trouble us, it's only about being there, enjoying the moment and giving our best.

"One thing, we have to keep in mind Sunday is a fresh day, a fresh start. We have to start from ball one.

"We've done quite well in the league games. Both teams are under pressure and both are capable of winning," she added.